Army Shoots A Palestinian Near Hebron 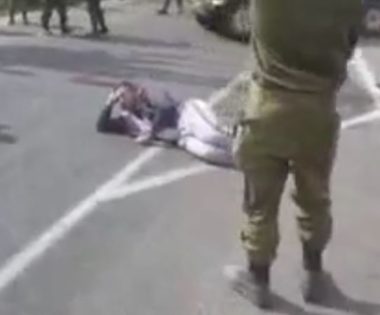 Israeli soldiers shot, Monday, a young Palestinian man near Hebron, in the southern part of the occupied West Bank, after he reportedly attempted to stab them.

The incident took place at Elias Junction, near Keryat Arba’ illegal Israeli colony, east of Hebron city; the soldiers shot the young man, identified as Ahmad Abdul-Nasser Ed’eis, in his thirties, wounding him in his leg.

The army said the soldiers shot the Palestinian, and added that no Israelis were injured in the incident.

Media sources in Hebron said the young man, from Bani Neim town, east of Hebron, suffered from a mental disorder.

After the soldiers shot him, many Israeli colonialist settlers gathered nearby, while one of them took a video of the young man while shouting and cursing at him, and was demanding the soldiers to “finish him off with a bullet in the head.”