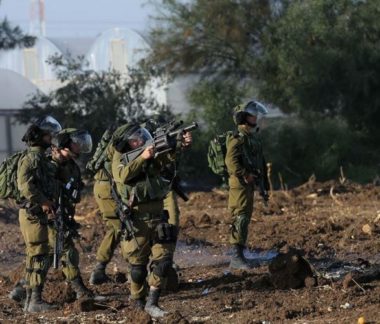 Eyewitnesses said the soldiers shot Bara’ Mohammad Es’eed, 17, while he was on his way to occupied Jerusalem.

They added that Palestinian medics rushed to the scene, and transferred Es’eed to Thabet Thabet hospital, in Tulkarem.

In the past few days, the soldiers shot and injured five young Palestinian men, in the same area.

In related news, the soldiers invade a home in Bal’a town, east of Tulkarem, and violently searched a home, belonging to Abdul-Qader Salama.

The family said the soldiers destroyed the main door, and several other doors, before storming and ransacking the property, taking 10.000 Shekels from the property.