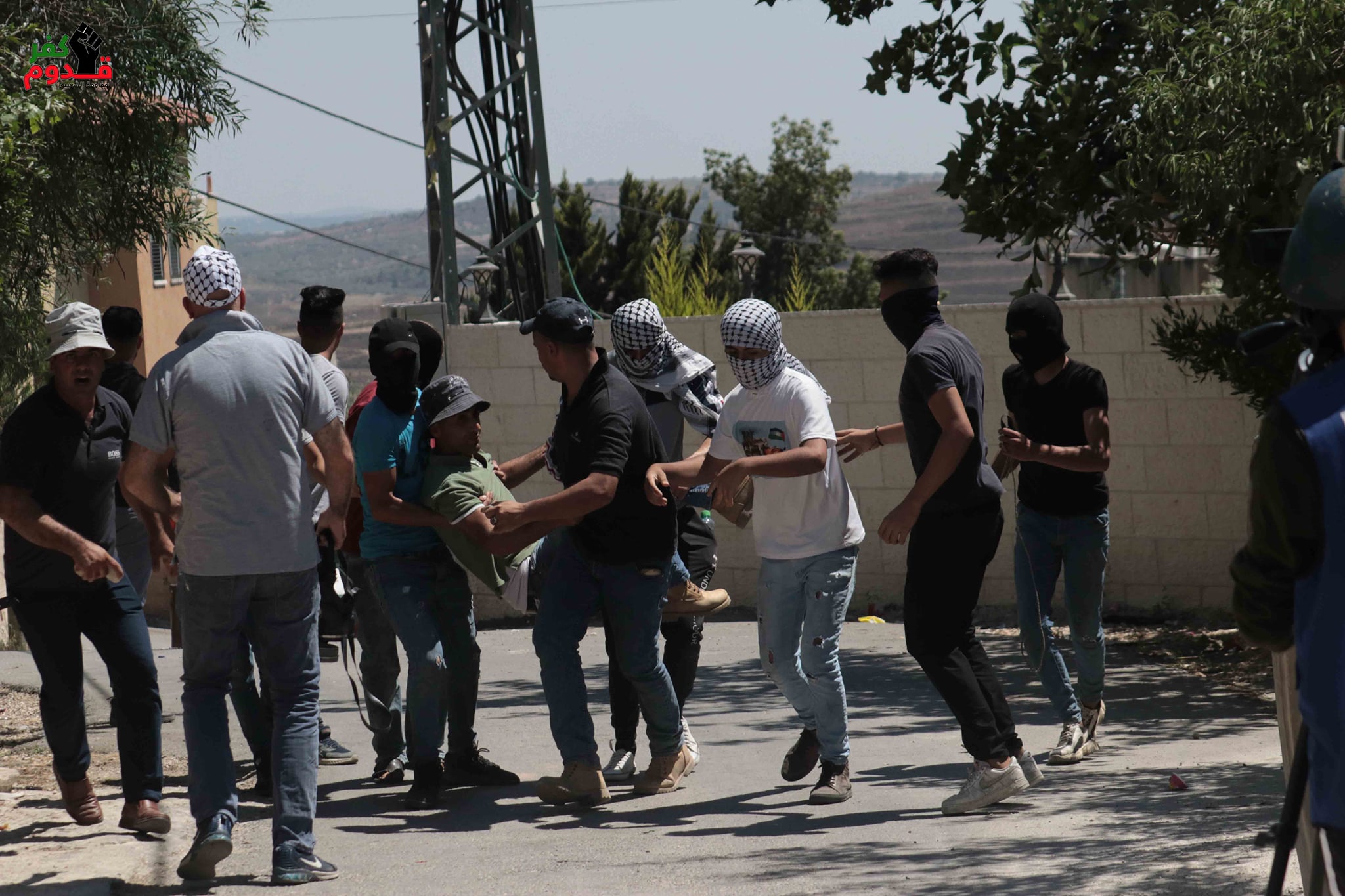 Israeli soldiers opened fire at dozens of protestors, on Friday, injuring at least six Palestinians participating in the weekly procession in the northern occupied West Bank village of Kufur Qaddoum, according to a local official.

Morad Eshteiwi, the media spokesman for the popular resistance, stated that two Palestinians were shot with live rounds, and four were shot with rubber-coated steel rounds.

One of the men injured with live rounds, was later detained by soldiers, his location is unknown at the time of writing this report.

The Wall and Settlement Resistance Commission added that two Palestinian photographers, identified as Mohamed Anaia and Fadi Yassin, were both shot and injured with rubber-coated steel rounds.

The villagers in Kufur Qaddoum have been steadfast in their rejection of the illegal settlement activity in the area, and the closure of the main road, located at the entrance of the town.

Every week for many years, local civilians gather after Friday Prayers at the local mosque, and march to the main entrance of the town, where the main road was closed off to Palestinians, while the colonial settlers have exclusive access.

Video from the Wall and Settlement Resistance Commission