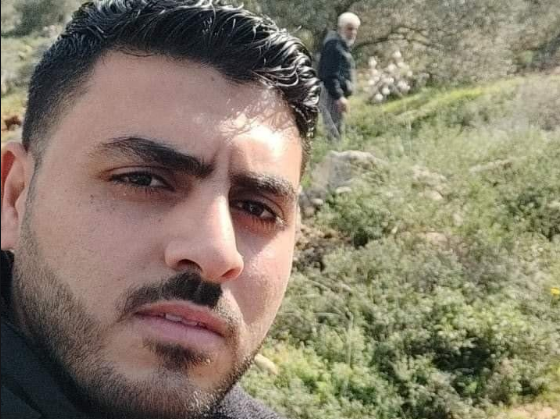 The Israeli forces shot and killed, on Friday, a Palestinian young man and injured several others during a peaceful demonstration in Beita village, south of Nablus in the northern occupied West Bank, the Palestinian Ministry of Health has confirmed.

Hundreds of unarmed Palestinians assembled on the Jabal ِSbeih mountain near the village, and were confronted with excessive use of force by the army, who fired live rounds, rubber-coated steel rounds, tear gas and stun grenades against the unarmed civilians.

The slain young man identified as, Zakaria Hamayel, 28, was shot in the chest, succumbing to his wounds shortly afterwards. At least ten other Palestinians were shot and injured during the non-violent procession rejecting the continued illegal Israeli settlement activity in the occupied West Bank, the Palestinian WAFA News Agency reported.

WAFA correspondent stated that 2 Palestinians were shot with live rounds, 3 with rubber-coated steel rounds, and 2 more young men were injured after being chased by the army, while 15 suffered the effects of teargas inhalation.

The Wall and Settlement Resistance Commission