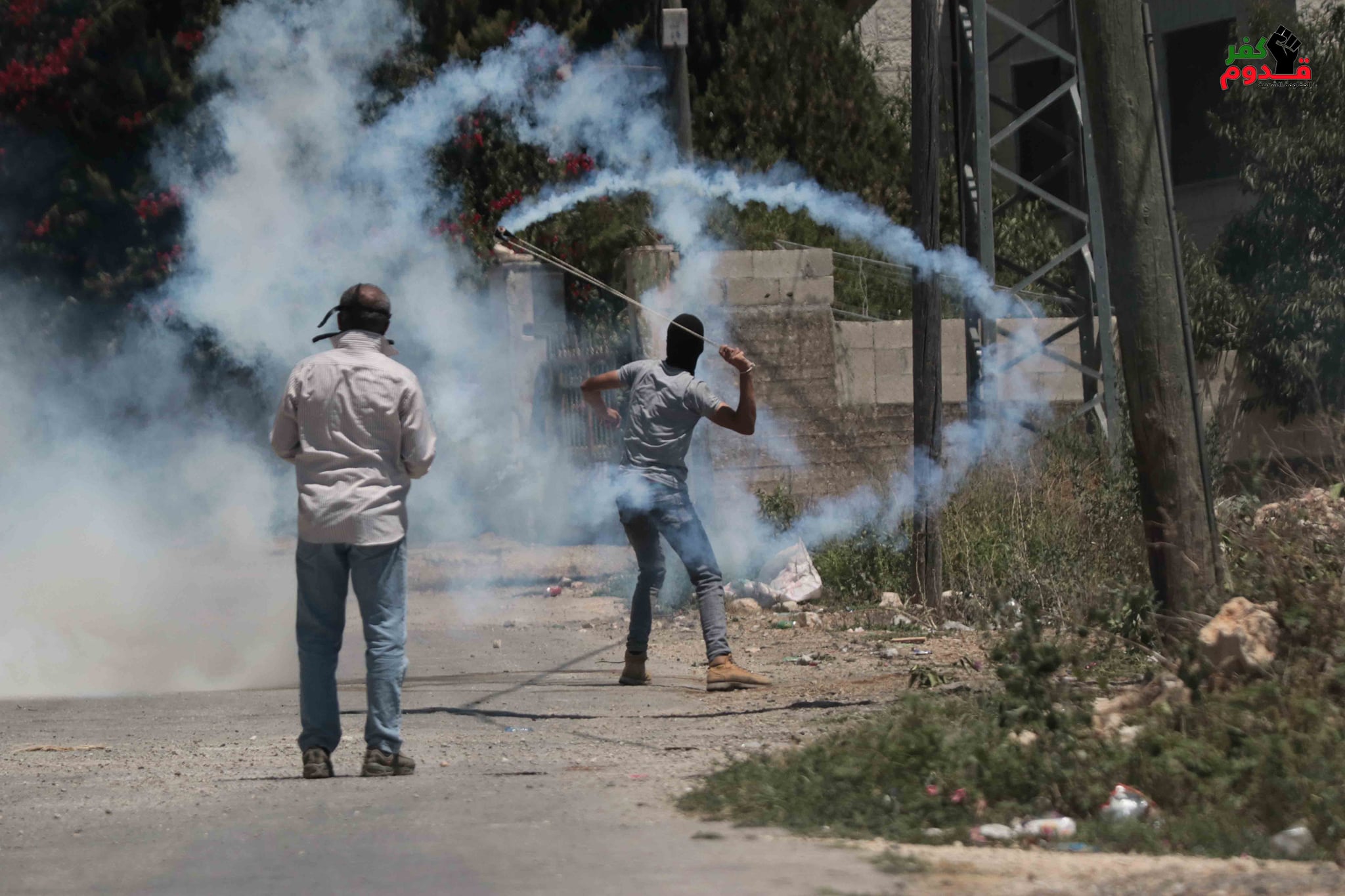 The coordinator of the popular resistance in Kufur Qaddoum, Morad Eshteiwi, stated that the Israeli forces, in an attempt to suppress the demonstration, injured many Palestinian civilians, shooting two with rubber-coated steel rounds, and causing several more to suffer the effects of teargas inhalation.

All injuries were treated in the field.

For several years, the villagers of Kufur Qaddoum and surrounding villages have gathered together to demonstrate their rejection of the Israeli occupation, and the illegal settlements.

Villagers hold a peaceful protest with the aim of voicing their opposition to the continued closure of the village’s main road which has been closed to Palestinians for several years, for the benefit of the illegal colonists from nearby settlements.