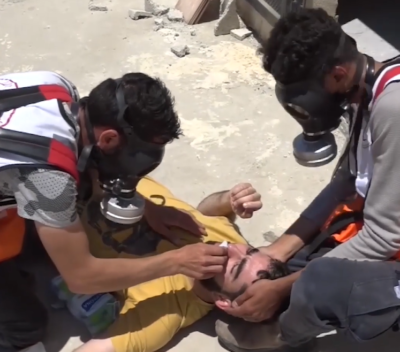 The Palestinian Red Crescent Society (PRCS) has reported that Israeli soldiers injured, on Friday evening, 353 Palestinians, including one who suffered life-threatening wounds, at Beita junction, south of the northern West Bank city of Nablus.

It added that the soldiers also fired at its medics and ambulances during the protests, hindering the efforts to provide first aid to wounded Palestinians, and wounded several volunteer medics.

The PRCS stated that 283 Palestinians suffered the effects of tear gas inhalation, 54 were shot with rubber-coated steel bullets, 23 suffered burns from gas bombs and concussion grenades, in addition to 15 who were injured after falling while the soldiers were chasing them. The Palestinians were protesting the ongoing Israeli violations, including the illegal confiscation of their lands for the benefit of illegal colonies and outposts.

The nonviolent procession was called for after illegal Israeli colonists installed 20 mobile homes or atop Abu Sbeih Mountain to establish their outpost on private Palestinian lands.

The weekly procession came a day after Ahmad Zahi Bani-Shamsa, 16, was laid to rest after succumbing to the critical injury he sustained in the head after being hit by live ammunition shot by Israeli soldiers as he protested against the construction of the new colony on his town’s land.

In related news, the soldiers attacked another procession in Beit Dajan village, east of Nablus, wounding two Palestinians with rubber-coated steel bullets and causing many to suffer the effects of teargas inhalation.