Army To Demolish A Home Near Ramallah 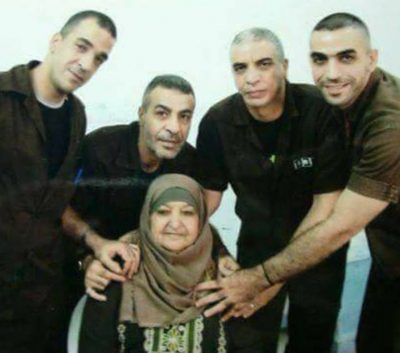 Dozens of Israeli soldiers invaded, on Tuesday at dawn, the al-Am’ari refugee camp, south of the central West Bank city of Ramallah, and took measurements of the family home of a Palestinian detainee, believed to be behind the killing of an Israeli soldier, in preparation for demolishing the property.

Media sources in Ramallah said dozens of soldiers, in at least 10 armored military vehicles, invaded the refugee camp, and stormed the four-story home of Islam Abu Hmeid, before members of the Corps of Engineers took detailed measurements of the property.

The army claims that Islam, who was taken prisoner on June 6th, 2018, killed an Israeli soldier, identified Ronen Lubarsky, after dropping a slab on his head, on May 24th, during a military invasion into the refugee camp, causing a very serious injury resulting in his death on May 26th.

It is worth mentioning that Islam’s mother, 72 years of age, has a son, Abdul-Mon’em Abu Hmeid, who was killed by the army in 2002 in nearby Qalandia refugee camp, in addition to five other sons, imprisoned by Israel, four of them are serving life terms.

Besides Islam, the imprisoned sons who are serving several life terms, are Sharif, Mohammad, Nasser and Nasr, in addition to Jihad, who is held under Administrative Detention, without charges or trial.