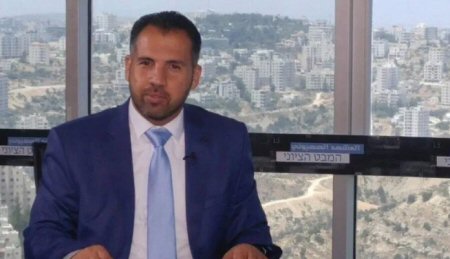 Even as four Palestinian journalists were released after paying a bail of NIS 5000 ($1350) each, an Israeli military court extended the detention of journalist Alaa Rimawi, the director of the Al-Quds TV office. Rimawi previously went on hunger strike for 6 days immediately following his arrest. In addition, the interrogation of Palestinian writer Lama Khater, seized by occupation forces from her home in Al-Khalil, was also extended by an Israeli military court.

In an interview with Asra Media Center after his release, Rantisi said that “the interrogation was on the charge of incitement through my work with media outlets in the past, and I reiterated to the interrogators that this arrest was motivated by a policy of revenge against Palestinian journalists. While Palestinian journalists operate according to professional standards, they face charges of incitement through the arrest of journalists, subjecting them to interrogation and extracting confessions from them through threats or ordering them to administrative detention, imprisonment of unknown time and without charge.”

“Every media outlet is threatened with closure and the arrest of its employees on charges of incitement,” Rantisi said. “If their words, images and interviews do not meet the approval of the security forces, the journalist will be arrested and subject to interrogation and military prosecution.”

As Rantisi spoke, writer Lama Khater was ordered detained for 12 more days of interrogation. When Israeli occupation forces stormed her family home on 24 July, it came shortly after she had been summoned to interrogation and threatened to stop writing. Khater is being held under harsh interrogation in the Ashkelon detention center, restrained on a small chair for over 10 hours each day, deprived of sleep and cursed at and insulted by the interrogators. Her interrogation has been extended three times consecutively.

Her articles are published in a number of newspapers and websites, highlighting the struggle against normalization and the rights of Palestinian prisoners and the Palestinian people.

In addition, as the number of journalists seized by Israeli occupation forces has escalated, Palestinian journalist Mohammed Anwar Mona of Nablus was ordered to administrative detention for six months. Mona, 35, from Zuwata near Nablus, has been jailed since 1 August when Israeli occupation forces invaded his home. He has been jailed on multiple occasions, with a total of six years in Israeli jails, mostly in administrative detention. He was first arrested as a journalism student in 2003, when he was jailed for 28 months. Mona directs a radio station in Nablus and serves as a correspondent for Quds Press.

Mona is not the only jailed journalism student; Ola Marshoud of an-Najah University and Istabraq Tamimi of Bir Zeit University are both imprisoned by Israel for their involvement in student activities on campus.