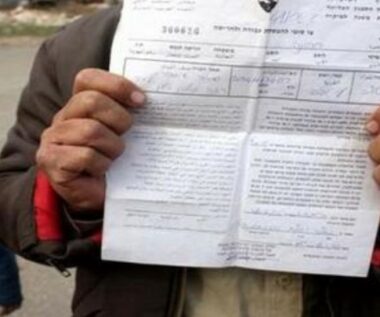 On Sunday, Israeli soldiers invaded a Palestinian agricultural land in the al-Khader town, south of the West Bank city of Bethlehem, and delivered a demolition order of irrigation well.

It is worth mentioning that the area has been subject to escalating Israeli violations, including the demolition of well, agricultural rooms, sheds, and various structures, in addition to the existing demolition orders for the benefit of the illegal Israeli colonies built on stolen Palestinian lands.

Furthermore, the soldiers invaded the al-Minya village, east of Bethlehem, and demolished a retaining wall, owned by Thorayya Sawarka, on her land.