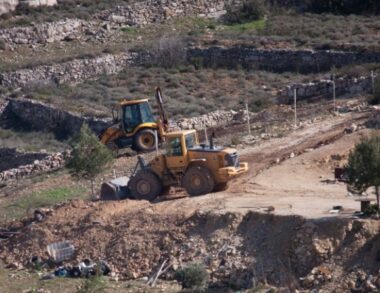 Eyewitnesses said the soldiers bulldozed the lands in Bir al-Mizrab area, in the southern part of the village.

He added that the bulldozing and uprooting of the lands took place to expand a nearby Israeli colony, illegally built on stolen Palestinian lands.

Ahmad also said that the village has been subject to escalating Israeli violations by the soldiers and colonizers, including the illegal confiscation, and uprooting of agricultural lands, in addition to attacks targeting schoolchildren, farmers, and shepherds.