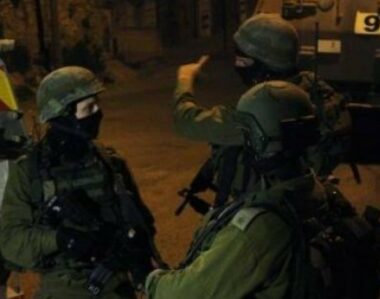 On Monday at dawn, Israeli soldiers abducted three Palestinians from Jenin and Hebron governorates in the northern and southern parts of the occupied West Bank.

They added that the soldiers abducted Mohammad Adnan Zayyoud, 20, and Abdul-Rahman Radwan Abu T’eima, 25, from their homes and took them to an unknown destination.

During the invasion of homes, the soldiers forced the families out while searching their property before abducting the two.

In addition, the soldiers invaded the al-Borj village south of Hebron, searched a few homes, and abducted Kayed Hossein Amayra.

The soldiers also installed roadblocks of various roads leading to several villages and towns before stopping and searching dozens of cars and interrogated many Palestinians while inspecting their ID cards.