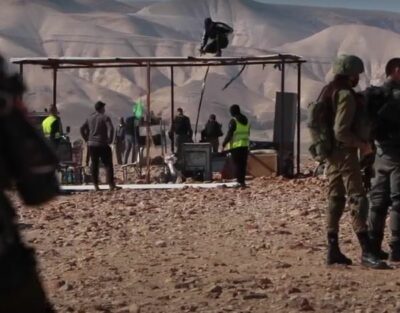 Najat Rmeila, the mayor of Noweima and ad-Diok al-Foqa, said the soldiers uprooted at least 350 olive trees in an orchard owned by Suleiman Zayed.

She added that the trees were planted by the farmer more than two years ago and that the army has been escalating its violations against the Palestinians in the area to illegally annex their lands.

The soldiers also demolished three residential sheds, owned by Yousef Abu Kharbeesh and his brothers, rendering the families homeless, in addition to confiscating their belongings.

The soldiers also attacked Palestine TV reporters while trying to document the invasion and the unfolding violations. 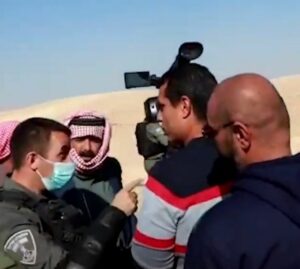 The WAFA Palestinian News Agency said the soldiers chased its cameraman Suleiman Abu Srour, and Palestine TV cameraman Omar Abu Awad, before examining their ID cards, and forced the journalists to leave under the threat of arrest.

The Palestinians in the area are subject to escalating Israeli violations by the soldiers and the illegal colonialist settlers, as Israel continues its policies of land theft in Jericho and the Jordan Valley to build and expand its colonies by annexing the Palestinian lands.