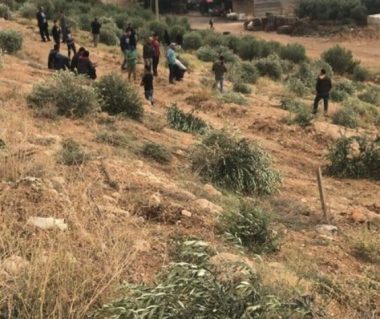 Resident Hasan Sawafta said he received a military order for uprooting his trees and plants, four years ago, under the pretext that his lands are “state-owned” in the occupied West Bank.

He added that the army informed him his lands are “designated for military usage,” therefore, are off-limits to the Palestinians. He files appeals against the destruction of his land, but were all denied.

Sawafta said the army intends to bulldoze and uproot around 35 Dunams, and added that the destruction was started after ten army jeeps, large vehicles and bulldozers invaded the area.