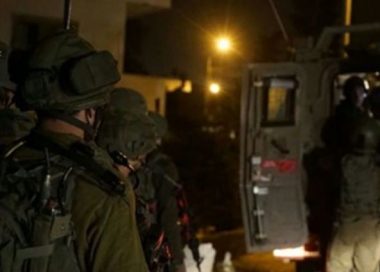 Israeli soldiers abducted, on Wednesday at dawn, two young Palestinian men, including a former political prisoner, after invading and searching their homes in Burqin town, southwest of the northern West Bank city of Jenin.

The soldiers searched a few homes, and interrogated many Palestinians while inspecting their ID cards, and withdrew later taking the two young men to an unknown destination.

In related news, several army jeeps invaded Beit Ummar town, north of Hebron, searched the home of Sakher Hussein Awad, in ‘Aseeda area, and summoned him for interrogation in nearby Etzion military base and security center.

The soldiers also invaded the home of Sakher’s father, Hussein Awad, and violently searched it while interrogating the family. 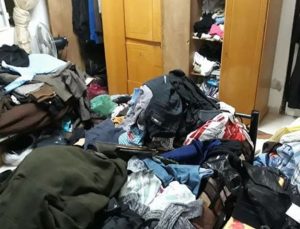 In addition, several armored military vehicles and bulldozers invaded Palestinian lands near the border fence in Jabalia, in northern Gaza, and bulldozed them in addition to installing sand hills.

Also at dawn, the soldiers abducted two young Palestinian men from their homes in the al-‘Isawiya town, in occupied Jerusalem, and one Palestinian in Bethlehem.

On Wednesday morning, the soldiers injured several Palestinians after the army attacked protesters in the Schools Street and around the Al-Quds University, in Abu Dis town, southeast of occupied East Jerusalem.