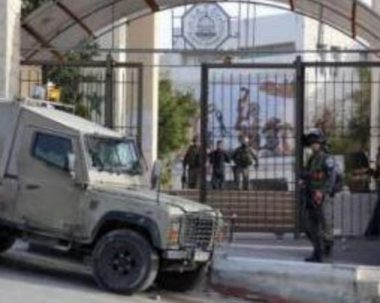 Israeli soldiers injured, on Wednesday morning, several Palestinians after the army attacked protesters in the Schools Street and around the Al-Quds University, in Abu Dis town, southeast of occupied East Jerusalem.

Medical sources said the soldiers shot a few Palestinians with live fire, and several others with rubber-coated steel bullets while many suffered the effects of teargas inhalation.

Many youngsters hurled stones and empty bottles at the invading army vehicles, especially after the soldiers closed all roads leading to the Al-Quds University and the Schools Street.

On Monday evening, they soldiers invaded Abu Dis, fired many live rounds, rubber-coated steel bullets and gas bombs, causing scores of injuries, including some who were shot with live bullets.