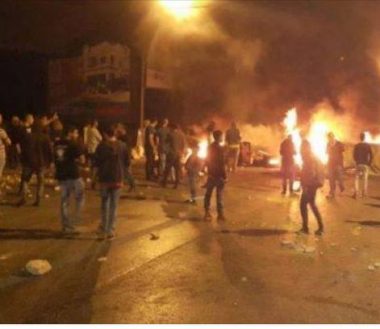 Media sources in Abu Dis said the soldiers attacked dozens of Palestinians who protested the invasion into the Schools’ Street, and around the Al-Quds University.

The army fired many live rounds, rubber-coated steel bullets and gas bombs at the protesters, wounding many, including some who were shot with live rounds, and causing scores to suffer the effects of teargas inhalation.

The invasion was the second in less than 24 hours, after the soldiers invaded the town, and fired dozens of concussion grenades, gas bombs and live rounds at local youngsters, who hurled stones at them. Many
Palestinians were injured, some with live rounds.

In related news, the soldiers abducted, on Monday evening, a young man, identified as Rashid Resheq, after invading and searching his home in the Old City of Jerusalem, and took him to an interrogation facility.