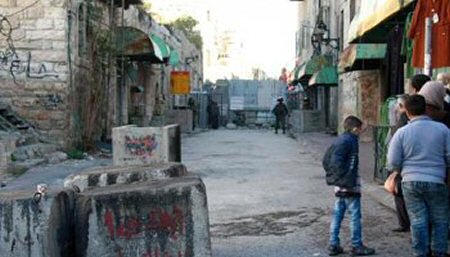 A five-year-old Palestinian girl was injured on Sunday, after she was run over by an Israeli military vehicle in the Old City of Hebron.

The Palestinian Ministry of Health confirmed that a girl was hit by an Israeli military jeep, which led to bruises in her legs, adding that she is currently receiving treatment at Hebron Governmental Hospital.

On the other hand, PNN reports, Israeli occupation forces stormed central Hebron and opened fire at the citizens in the area .

Dozens of gas bombs were fired in an attempt to disperse the citizens who gathered to denounce the Trump Declaration on Jerusalem.