Ashkelon Detainees Transferred To Other Jails 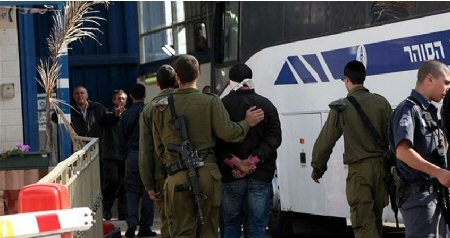 The Palestinian Commission of Detainees’ and Ex-Detainees’ Affairs said that the Israeli Prison Service (IPS), on Monday morning, transferred all Palestinian detainees in Ashkelon prison to other facilities.

In a statement, the Commission said that 50 were taken, from their cells to other prisons, as a mass punitive measure against them.

Those detained in Ashkelon jail suspended an open-ender hunger strike several hours after they announced it, in mid-June, following Israeli pledges to respond to their demands.

They demanded, according to Days of Palestine, that jailers, at the time, provide them with a kitchen, end financial punitive measures, follow up on the medical conditions of a number of sick inmates, and bring back their representative Naser Abu Humaid, from Nafha jail to Ashkelon.

The detainees have been exposed to excessively repressive measures, by Israeli jailers, since last April.