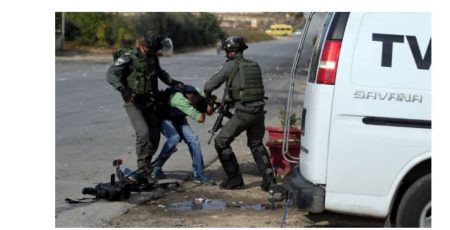 On World Press Freedom Day, PLO Public Diplomacy & Policy Department Head Dr. Hanan Ashrawi  said, in a statement: “We reach out in gratitude all journalist, who endeavor to speak truth to power, expose injustice, and protect the pillars of democracy, namely accountability and transparency.

Dr. Ashrawi added :”Throughout our modern history, Palestinian and international journalists have played a significant role in exposing the criminality and brutality of occupation, while also ensuring that Palestinian leaders honor their obligations to protect and defend the civil and human rights and freedoms of our people, despite the occupation.”

“We honor the memory of the dozens of brave journalists who have paid with their lives while exposing the brutality of the Israeli occupation and while reporting from the frontline of the struggle for freedom and dignity,” she  said, according to the PNN.

“At this time of alternative facts, populism, and fear-mongering, journalists are the first line of defense in Palestine and around the world. We must protect their right to report freely and safely and cherish the invaluable contribution their work provides to the values of democracy and the advancement of human rights.”