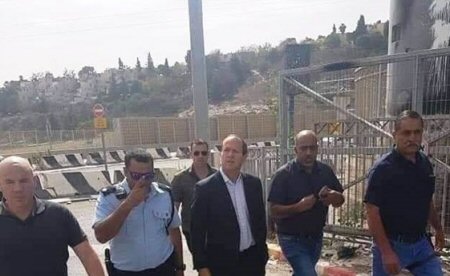 Spokesperson of the Fateh movement in Jerusalem, Thaer Fasfous, said that Barkat raided and toured the camp.

Barkat’s raid to Shufat comes a few hours after teams from the Israeli municipality had carried out a cleaning  procedure across the refugee camp, in an unprecedented move, as this was usually done by workers from the United Nations Relief and Work Agency (UNRWA.)

Earlier this month, according to Ma’an, the Israeli mayor had announced plans to remove UNRWA from East Jerusalem, accusing the agency of “operating illegally and promoting incitement against Israel.”

Following Barkat’s statement, UNRWA expressed deep concern on the matter. However, it later dismissed the mayor’s threats, saying: “While these threats are worrying, they will not change facts on the ground since UNRWA exists based on international resolutions and binding bilateral agreements.”