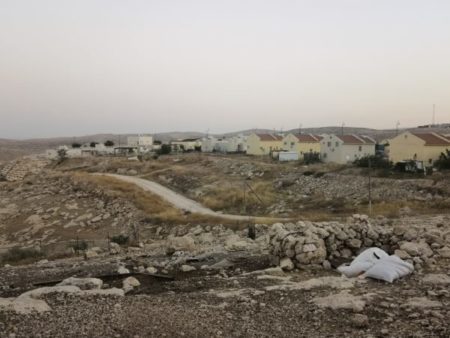 The Bedouin village of Um al-Kheir, in the South Hebron Hills, has launched a new bid to save their homes from demolition.

On Monday, activists from the village submitted a new master plan to the Israeli Civil Administration which, if accepted, would protect their community from the bulldozers.

Since 2011, 32 structures including houses, animal barns and a bread oven have been demolished in Um al-Khair, with almost every family losing at least one home.

The village has been in crisis mode over the past week, going to bed each night with the fear that bulldozers could be rolling towards them, in the morning.

An international presence (including people from the Good Shepherd Collective, Christian Peacemakers Team, All That’s Left and ISM) has been set up in solidarity with the people of Um al-Kheir, and to provide a possible deterrence.

The community hopes to have a response from the Civil Administration in the coming days, which, if given, will freeze the demolition orders for a few years. 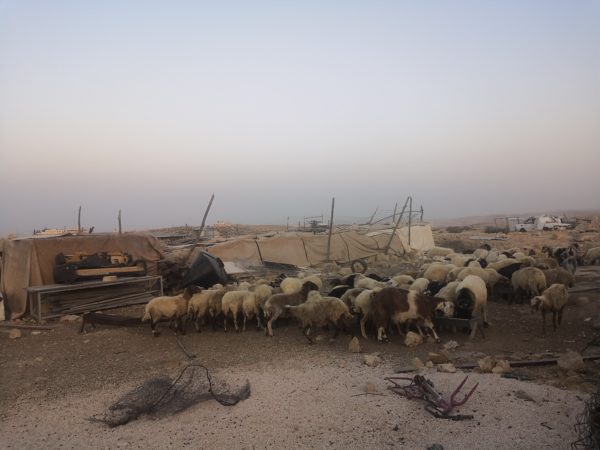 A Bedouin flock of sheep in Um al-Khair

But, until a response is given, the village remains at risk of demolition.

The Civil Administration, the governing Israeli body of Area B and C, in the West Bank, recently rejected the villagers’ previous master plan, submitted three years ago. During this time period, demolition orders were frozen, giving the Bedouin community a brief respite. But, now, the freeze period is over and Um al-Kheir is once again at risk of demolition with orders against 45 homes.

The villagers are expecting a response from the Civil Administration tomorrow, which would begin the process again of freezing the orders while the master plan is deliberated.

Um al-Khair is one of the villages in the South Hebron Hills that is particularly at risk of expulsion.

It is gradually being surrounded by the illegal settlement of Carmel, which is just feet away, with a fence separating the two. 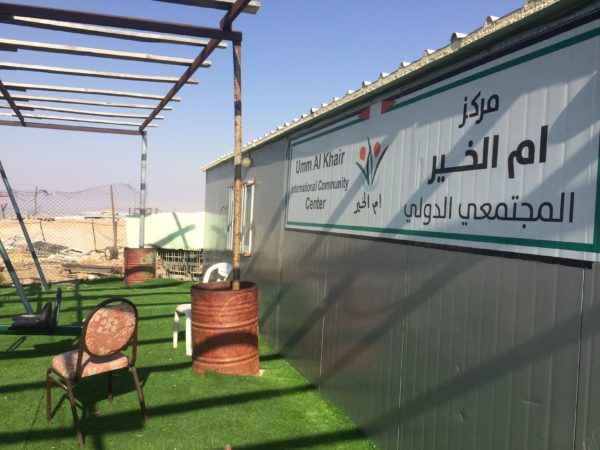