Belgium To Label All Products Made In Israeli Colonies 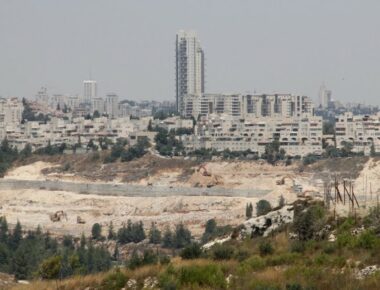 The government of Belgium has decided to label all products from the illegal Israeli colonies in the occupied West Bank, an issue that prompted Israel’s Deputy Foreign Ministers, Idan Roll, who is currently visiting the country, to cancel a meeting at the Belgian Foreign Ministry in Brussels.

The Israel official said he canceled the meeting in protest of the Belgian decision, which he described as “strengthening extremists” and “does not help promote peace in the region,”

It is worth mentioning that Belgium made its decision is based on a ruling by the European Union’s Court of Justice in the year 2019, in which it said: “consumers should be aware which items are made in Israeli settlements.”

However, even after the ruling was made, many countries in the European Union have been reluctant, or at least, slow in implementing it.

Nevertheless, the European Union’s official stance, even before the ruling, has always exempted products made in the illegal Israeli colonies from its free-trade agreement.

In the year 2015, the EU issued a set of guidelines on how the countries in the union can legally label products made in the Israeli colonies, an issue that caused tension between Tel Aviv and the EU, although the decision was never a boycott of these goods, but merely labeling them as made in these illegal colonies.