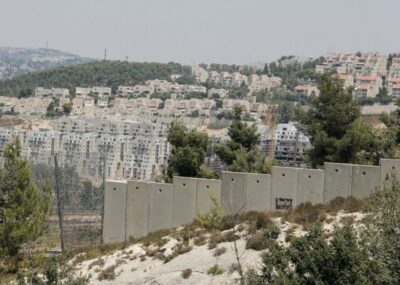 The Israeli “Construction and Planning Committee” of the City Council in the occupied Palestinian capital, Jerusalem, has approved the construction of what is called a “new neighborhood” in the illegal Atarot colony, north of Jerusalem.

Israeli media sources said the new constructions would take place on more than 1243 Dunams and added that the plan also includes a commercial area.

The plan also includes hotels and public infrastructures in addition to more than a thousand residential units on the illegally occupied Palestinian lands.

Bergdorf, who heads the EU delegation to the West Bank and the Gaza Strip, made the statement during a visit to a few Palestinian neighborhoods in occupied East Jerusalem.

“The recent approvals of thousands of housing units for Israeli settlers are aimed at disconnecting the Palestinians from their city and changing East Jerusalem identity. Israeli settlements are in clear violation of international law…,” Bergdorf said, “Such actions are not only in breach of Israel’s obligations as an occupying power, but they also … fuel tensions on the ground,” the EU diplomat said.

The visit, which included several European delegates, was organized by the Israeli NGO Ir Amin, which also briefed the visiting delegates of the dire consequences of the ongoing Israeli colonialist activities.

In related news, EU diplomats issues a joint statement strongly criticizing the Israeli plan and affirming that the European Union does not recognize any unilateral Israeli changes to the pre-1967 borders, including occupied East Jerusalem, other than what the Palestinians and the Israeli agree on.

It is worth mentioning that last month, Israel approved the construction of 1860 units in thirty illegal colonies in the occupied West Bank.