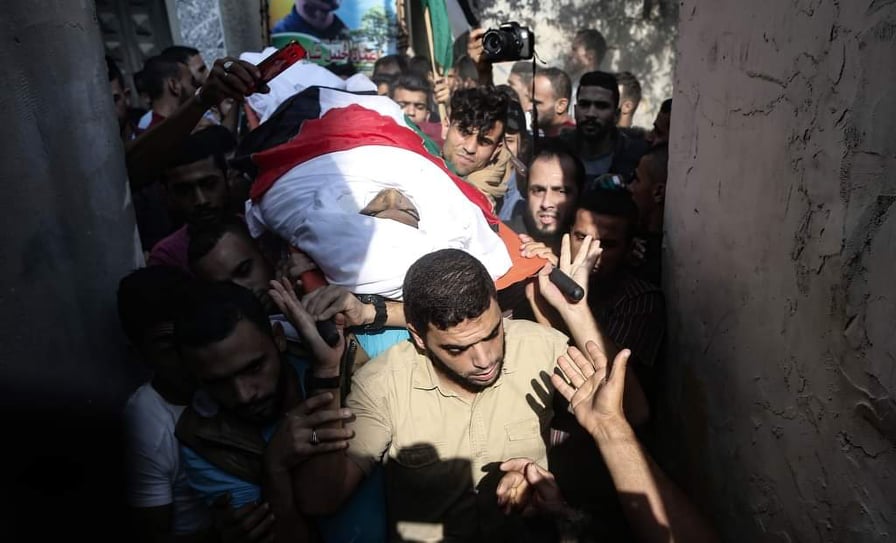 Mystery surrounds the death of Emad Khalil Ibrahim Shahin, 17, who was arrested on November 4, 2018, for breaching the Israeli fence between Gaza and Israel.

Having slipped through Israel’s security fence, Emad Khalil Ibrahim Shahin and his friends sneaked into an abandoned barracks and lit a fire, anxious they were about to be discovered, they fled the scene.

“We ran until we found a sand dune to hide behind on the other side of the fence, but then noticed Emad was not with us. He ran slower because he was on crutches,” described one of his companions, who wished to remain anonymous.

“We saw him on the ground and told him to crawl, but then a military vehicle raced up and a soldier fired at him, shooting him in the right leg, soon a helicopter came and took him away.”

Now his family and several Palestinian and Israeli NGOs are asking why Israel’s military held the body for so long, and how he lost his life after apparently only being shot in the leg.

Shahin was the youngest of nine children, whose father made a small but decent salary as a school janitor.

His sister Monira said the teen was a passionate participant in the Great March of Return protest, much like the rest of his family.

The protests, held every Friday since March 2018, call for Israeli authorities to lift their 11-year blockade on the Gaza Strip and allow Palestinian refugees, nearly 70% of Gaza’s residents, to return to their villages and towns in what is now called Israel.

Once a week, Palestinians can be seen demonstrating all along the fence that separates Israel from the blockaded coastal enclave. Though Israeli forces most commonly target protesters close to the fence, Palestinians much further back have been targeted as well.

Fearful of Israeli snipers, Monira and Shahin’s other relatives have kept relatively clear of the fence during demonstrations. Shahin, however, repeatedly approached the barrier, burning tires for the purpose of blocking the vision of soldiers aiming at protesters.

“He healed quickly,” Monira said, adding that just two weeks later he was back at the protests using crutches.

“When photos of him participating in the protests, despite his injury were widely shared on social media, he felt proud, he saw himself as a symbol of the protest.”

Twenty-one Fridays later, Shahin was shot again, in the same foot, yet still returned to the march.

When he was shot a third time, this time in the other foot, surgeons were forced to amputate three of his toes.

“Our mother tried to stop him from going back, the entire family told him he had done his duty for his country and should rest now,” Monira said.

“But he said he did not fear death, that death is inevitable, and he would rather die for his country, resisting occupation, than in some other way that is pointless.”

Limping, and on crutches, on November 1, 2018, Shahin and two friends decided to cross through the fence, trying to reach a vacant Israeli army barracks almost 300 metres inside the fence, his sister described.

She said his goal was to challenge the siege, bringing back a “trophy” like a soldier’s ammunition belt or a jeep licence plate.

Despite the area being heavily militarized and Shahin and his friends reached the compound, breathless and excited, he called his sister as they prepared to leave.

“He wanted to share his triumphant moment, but I shouted at him, ordering him to get out immediately before he was killed, I was terrified,” Monira said.

“When he made it home, my mother was in tears, asking him not to do it again.”

The following Saturday, Shahin woke up early, telling his mother that he was going for a short errand after breakfast, instead, he was returning to the barracks, carrying gasoline.

At 4.30 pm on November 3, 2018, Shahin was shot in the leg near the fence east of central Gaza’s Maghazi refugee camp.

According to eyewitnesses, he was seized by a number of Israeli soldiers, who took him away in a helicopter within 20 minutes of being shot, apparently to the Soroka medical centre in the Negev.

From then, Shahin’s fate is unclear.

At first, Israeli authorities suggested he had sustained only “moderate” wounds, but the day after he was shot, the Tel Aviv-based NGO Physicians for Human Rights was told Shahin was dead.

For the next few days, Physicians for Human Rights pressed for answers and asked for the medical report on Shahin’s death.

On November 11 , the NGO was told Shahin’s medical records could not be released because his body had not been identified, instead, it was told to contact Israel’s Abu Kabir Forensic Institute.

“I contacted Dr. Maya Hoffman of Abu Kabir, who tried to locate the body without success, so I was referred to a records department,” Physicians for Human Rights’ Ran Yaron stated.

“The records department said no anonymous bodies had been transferred from Soroka, so we assumed the army was holding the body.”

After that, HaMoked, an Israeli human rights organisation, asked the Israeli army for information on Shahin’s body, but no reply was received.

“I don’t understand what Israel did with a body of Palestinian teenager for a year,” Ran Yaron, of Physicians for Human Rights said.

When asked for comment on Shahin’s death and the reasons his body was withheld for almost a year, the Israeli military referred Middle East Eye to the defence ministry.

Once contacted, the defence ministry said it was a matter only the military could comment on.

Shahin’s family was devastated to learn about his death.

“We knew he would be imprisoned, but not murdered,” Monira said. In the absence of his body, the family had held on to a small hope that Shahin was actually alive.

When the International Red Cross informed the family that Shahin’s body had arrived at Al-Shifa Hospital in Gaza City, they rushed to see him.

According to Dr. Emad Shihada, the receiving physician, the body had been stored in liquid nitrogen at an extremely cold temperature for a long time.

Lacking the proper equipment to thaw the body, an autopsy, apparently could only have been performed if it had been left in the sun for two days.

Instead, the family preferred to bury him rather than to wait, in accordance with the Islamic tradition that recommends immediate burial after death.

Despite no full autopsy being carried out, Shahin’s family saw several disturbing marks on his body.

From the middle of his chest to his stomach ran a 15-centimetre scar, indicating stitching, and the same pattern could be seen radiating out for 13 centimetres from the left side of his chest on both sides.

The mysterious incisions raised the suspicions of Shahin’s family that his organs had been taken for trafficking, a notorious practice that Israel has attempted to stamp out since 2008.

However, Shihada suggested that it could be possible that the body had been opened by physicians in an attempt to stop internal bleeding.

External examination showed that Shahin had been shot three times in the right leg. If one or more of the bullets severed the femoral artery, causing him to bleed without treatment for more than 15 minutes, that alone could have caused his death, the doctor said.

“Emad was only a boy,” Monira said. “Israel could have treated him after he was abducted, but they did not, they killed him.”

According to the Al-Mezan Centre for Human Rights, Israeli authorities continue to withhold the bodies of 15 Palestinians from the Gaza Strip killed since 30 March 2018, including two children.

Though Shahin’s family waited nearly a year for the 17-year-old’s body to be returned, the other Palestinian families left in limbo may never see their relatives returned.

Last week, Defence Minister Naftali Bennett ordered all bodies of Palestinians held by Israel to be kept from their families as a “deterrent against terrorism”.

Israel is the only country in the world implementing a policy of confiscating remains, using legislation dating back to 1945 during the British Mandate.

Shahin’s death and the threat of Israeli arrest have not scared Monira or her family off from the Great March of Return protests, however.

“Resistance is the only way to liberate our land,” Monira said. “And now we also go to honor Emad, now the whole family is ready to die to defeat the occupier.” 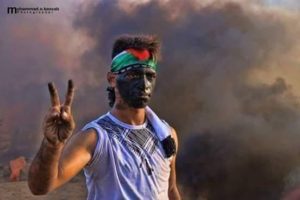 Author: Tareq Hajjaj – author and a member of Palestinian Writers Union. He studied English Literature at Al-Azhar university in Gaza. He started his career in journalism in 2015 working as news writer/translator at local newspaper Donia al-Watan, then writing in both Arabic and English for international outlets such as Elbadi, MEE, and Al Monitor. Now he’s writing for We Are Not Numbers.
Photos: Middle East Monitor
Edited for IMEMC: Ali Salam