Book Review: “Tower of the Stork” 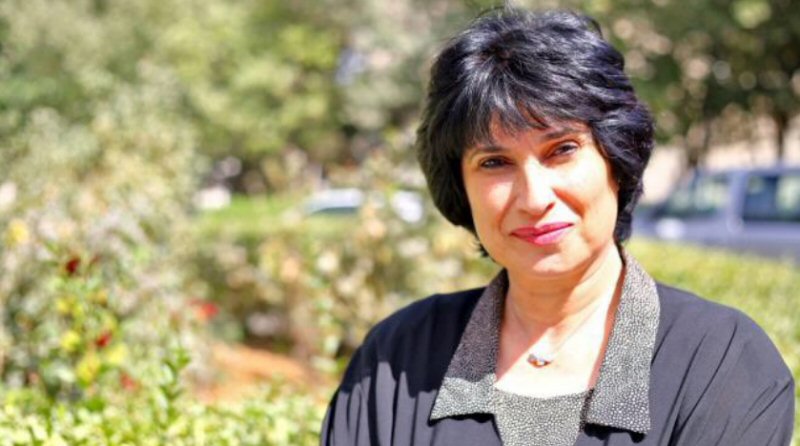 Dima Al-Samman is a contemporary Palestinian-Jerusalemite novelist. She was born and raised in occupied Jerusalem and earned her bachelor’s degree in linguistics from Birzeit University.

Further studies saw her gain a High Diploma in Television Direction and she is currently the Director General of the Palestinian Ministry of Education. Writing about the city is nothing new to Al-Samman, who comes from a long-standing Jerusalem family.

The author’s knowledge of the city — its sacred sites, markets, alleys, customs and traditions — is as perfect as we could wish. As with her other novels, most of the events in “Tower of the Stork” take place in Jerusalem. The eponymous tower is one of the most famous historical sites in the Old City’s Bab Hatta neighbourhood. The book covers a period of almost one hundred years, from the end of the Ottoman era to the end of the twentieth century.

Al-Samman did her research amongst Jerusalem’s residents; her parents and grandparents; elderly women and intellectuals in the city. She has an extensive collection of oral history about and from the people of Jerusalem of a kind not often found in literature. She writes from a very personal perspective and wonders what value Arabs, Christians, Muslims and Jews place on what is often called the holy city.

“Tower of the Stork” — Burj Al-Laqlaq in Arabic — is used by Al-Samman to reveal Jerusalem’s beauty. Burj Al-Laqlaq is an actual historical building and it features in the first line of the novel. It stands on an elevated area that overlooks Al-Aqsa Mosque and commands a beautiful view of the Jerusalem hills and the many and varied landmarks of the city.

The author starts the book by describing the miserable economic conditions at the end of the Ottoman period. The economy had been destroyed, taxes were increased, looting was on the rise and injustice was rampant.

In the novel, Dima Al-Samman presents the rich history of Palestine and Jerusalem from a human perspective, taking us from the Ottomans, through the British Mandate period and into the Nakba and the creation of the state of Israel, and beyond. All are viewed through the eyes of the family of Abdul-Jabbar, a wood-worker who had to complete with the other craftsmen for increasingly scarce resources.

Fast forward a few decades and his grandson Laith falls into the world of drugs and sells family land to the Israeli occupation authorities in order to make some quick money. In Palestinian society, this is seen as the greatest act of treason and we follow the young man until he realizes his mistake and attempts to make amends by carrying out a suicide attack again the Israelis.

Before he can do so, however, his mother Nafisa kills him out of shame for what he had done. She then carries out the suicide attack herself to cleanse her family of her son’s act of treason.

The writer uses language full of rhetoric and beautiful images, prompting many feelings within the reader. Dozens of proverbs and popular phrases are utilized appropriately and in their original context to support the characters’ positions, emphasizing the local culture which fills Jerusalem.

The narrative moves through the major events of almost every decade, including the 1948 Nakba, Egypt’s 1952 revolution and pan-Arabism, the Six-Day War in 1967 and the First Intifada in 1987. Author Dima Al-Samman shows us why, by the time of the intifada, Palestinians of all ages, men and women, Christians, Muslims and those of no strong faith, were all ready to take part in the popular resistance to the Israeli occupation at one level or another.

The novel is extremely realistic, even as a work of fiction; it draws the reader into the everyday struggles of Jerusalemites living under occupation and trying to hold on to their land and livelihood. Those who are unfamiliar with the Palestinian struggle and its emphasis on Jerusalem, may be surprised about the passion and steadfastness of the people, and especially those who are Jerusalemites. It is highly recommended.