Born Into an Uncertain Future: Palestinian Children in Occupied Jerusalem 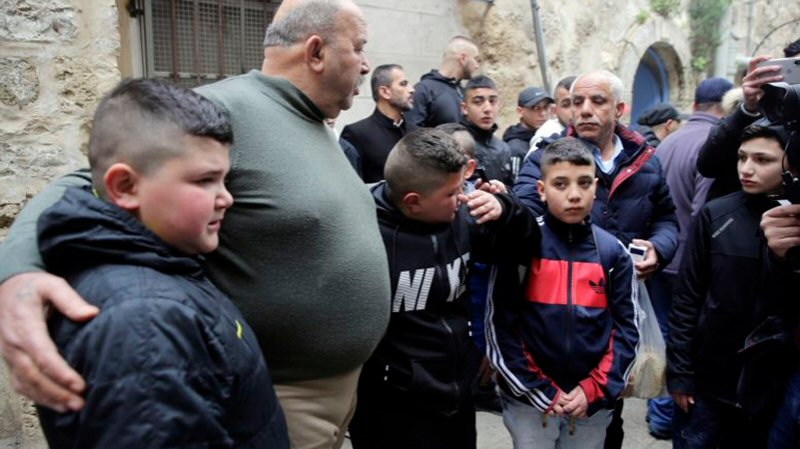 The next generation of Palestinians in the holy city face a web of discriminatory and violent Israeli policies.

The status of Jerusalem

The United Nations (UN) 1947 Partition Plan for Palestine declared Jerusalem a “corpus separatum,” meaning as an international city that would be administered by the UN. However, in 1948, Zionist paramilitaries and Israeli forces captured West Jerusalem and 40 nearby Palestinian villages, along with 78 percent of Historic Palestine. Palestinians call this event the Nakba, meaning “catastrophe.” During the Nakba between 750,000 and one million Palestinians were expelled from their homes, including between 64,000 and 80,000 in the Jerusalem area.

In 1967, Israel captured the remaining 15 percent of Jerusalem and expelled another 26,000 Palestinians from the city. Israeli authorities quickly implemented policies to institutionalize the military occupation and establish a Jewish majority in Jerusalem.

The international community affirms Jerusalem’s Palestinian residents as protected under the Fourth Geneva Convention. The UN Security Council maintains that all legislative measures and actions taken by Israel to alter the character and status of Jerusalem are null and void under UN resolutions 242, 267, 471, 476, 478.

Palestinian children who live in Jerusalem are not born with a right to live in their hometowns. Since 1967, Palestinians in East Jerusalem have lived as “permanent residents” – an Israeli legal status that makes their presence a revocable privilege, rather than an inherent right.

Permanent residency status is not automatically transferred through marriage or on to the holder’s children. Instead, around the time when Palestinian children enter high school, they are required to present themselves to Israeli authorities and supply proof that Jerusalem is at the center of their life according to the “center of life” policy.

The “center of life” policy stipulates that if a Palestinian cannot prove that her everyday life revolves around Jerusalem then she will lose her residency rights to the city and be evicted to the West Bank. Even if a Palestinian can meet this strict standard, Israeli authorities retain the power to revoke her residency rights at any time. Between 1967 and 2016, Israel revoked the status of at least 14,595 Palestinians from East Jerusalem, according to the Interior Ministry.

In Jerusalem, multiple kinds of schools are available to Palestinian children, though all of them except the Israeli schools are severely under resourced. Palestinian families tend to prefer to keep children in Jerusalem schools, as opposed to schools in the West Bank, to ensure that their children have a chance at obtaining permanent Jerusalem residency status under the “center of life” policy.

In Jerusalem we face many problems regarding the education system, mainly in elementary schools. First, there is the issue of overcrowding in schools that are overseen by the Palestinian Education Ministry. Second, the areas where the schools are located are already crowded and the Israeli occupation refuses to issue construction permits to expand the schools. Finally, Israeli authorities continue to change the political aspects of the curriculum by censoring everything related to Palestinian national identity.

Palestinian Jerusalemites can attend Israeli municipal schools overseen by the Israeli ministry of education, which supplies curriculum that hostile to Palestinian identity and critiques of Israeli colonialism. Secondly, Palestinian children may attend schools overseen by the Islamic Waqf, which uses curriculum supplied by the Palestinian Authority (PA) Ministry of Education. In Shuafat Refugee Camp, Palestinian children attend schools run by UNRWA, which also teach the PA curriculum, though Israeli authorities have recently threatened to shut down these schools. Finally, there are some private schools in the area, which attain financial support from donations, tuition and sometimes the Israeli municipality.

Palestinian children in Jerusalem suffer from a lack of classrooms and inadequate classrooms. According to Israeli human rights group Ir Amim, there is a shortage of around 2,000 classrooms in East Jerusalem. According to the United Nations Development Program (UNDP), around 43 percent of existing classrooms are inadequate due to overcrowding and poor infrastructure.

Israeli authorities maintain a discriminatory zoning regime in East Jerusalem that almost outlaws Palestinian residential construction of all kind in the area. Consequently, Palestinian schools cannot expand to account for the deficit in classrooms.

Jerusalem schools that serve Palestinian children have extremely high rates of students dropping out. According to Ir Amim, the dropout rate for schools in East Jerusalem has reached 33 percent. The UNDP points out that inadequate infrastructure for schools and classrooms leads to high drop-out rates.

Ir Amim reports that around 17,000 children, or around 13 percent of all children in East Jerusalem, are not registered in a known educational institution.

In the last five years, Israel has demolished 785 Palestinian-owned structures in Jerusalem. Many Palestinian children are made homeless by these demolitions, as typically entire families are abruptly displaced and fined thousands of dollars for “illegal” construction.

Activist in the al-Isawiya Local Committee Mohammad Abu Hummus adds: “The detention of children in Jerusalem is an ongoing policy. In recent weeks, many children were arrested in [al-Isawiya ], such as Adam Abu Rayalla. He is 12 years old and was arrested at midnight.”

During these arrests, Israeli forces violate the law and rights of Palestinian children by, for example, interrogating them without the presence of parents or a lawyer, denying family visitation, and even subjecting them to torture, as many said of the interrogation of 13 year old Ahmad Manasra.

Legal Council for the al-Quds Association Bassam al-Asad told the AIC: “recently there has been increasing rates of the arrest of children under 18 years old in Jerusalem. The rate of arrest of children is now much higher than in the past.”

The ‘Youth Bill,’ passed in November 2015, stipulates that Israeli forces are obliged to institute minimum sentences for children involved in stone throwing activities. It also rules that a child under 14 should be imprisoned for murder if she attempted the crime with “nationalist motives.”

The extension of administrative detainee status to children is another cause for action, a practice Israel recently revived the practice while arresting Palestinians for Facebook posts that allegedly “incite to violence.” Israeli law authorizes the use of administrative detention in Jerusalem, meaning indefinite imprisonment without trial or charge, based on “secret evidence” supplied by Israeli intelligence forces.

Palestinians protest in front of a Jerusalem court for the trail of the murderers of 16 year old Mohammed Abu Khdeir, March 2014. Photo credit: Afif Amira for WAFA.

Palestinians in East Jerusalem suffer from nationalist-religious Israeli colonial settlers who occasionally commit violence against Palestinians, including children, as a racist political statement. This environment is a daily source of anxiety for both Palestinian parents and children. The most notorious recent horror of this kind was the kidnapping and death of 16-year-old Mohammad Abu Khdeir in 2014. The three Israeli settlers kidnapped Abu Khdeir from his neighborhood in East Jerusalem and burned him to death.