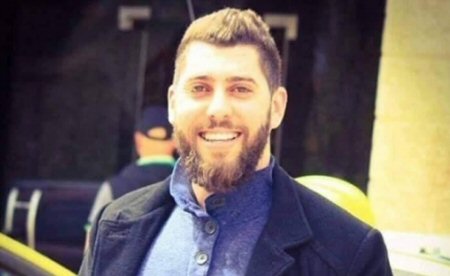 Israeli Information Center for Human Rights B’Tselem refuted, in a report, Israeli security claims that Saleh Barghouti had tried to flee the scene after being involved in a drive-by shooting attack.

B’Tselem’s investigation found that, contrary to official Israeli statements, Saleh Barghouti did not try to flee or run anyone over, nor could he have tried: two security vehicles were blocking the taxi he was driving at either end, and he was surrounded by some 10 security personnel who shot him point-blank – an operation resembling an extrajudicial killing.

It added that they then pulled the wounded Barghouti out of the taxi, handcuffed him and drove away with him.

Israeli occupation forces later notified Barghouti’s family that he had been critically injured, in the incident, and had died in hospital.

B’Tselem reported that, contrary to statements issued by the Shin Bet and the Israeli military, which framed the killing of Saleh Barghouti as an undesirable outcome of his arrest, Barghouti did not try to flee or run anyone over, nor could he have.

B’Tselem’s report stressed that there is no way to justify what appears to be an extrajudicial killing, rather than an arrest. Yet experience shows that no one will be held accountable in this case, either. Whether the incident is even investigated or not, Israel routinely sanctions the use of lethal force, by its security forces, against Palestinians.

Israeli sources maintain that Barghouti was an operative with Hamas’ military wing, and was suspected of involvement in the drive-by shooting that took place on 9 December, 2018, at the hitch-hiking post near the settlement of Ofra, north of Ramallah. Seven Israelis were injured in the attack, including Shira Ish-Ran, who was seven months pregnant and delivered her baby in the hospital.

Meanwhile, Israeli occupation forces detained the parents of Barghouti and his brothers, threatening to expel them to Jericho.