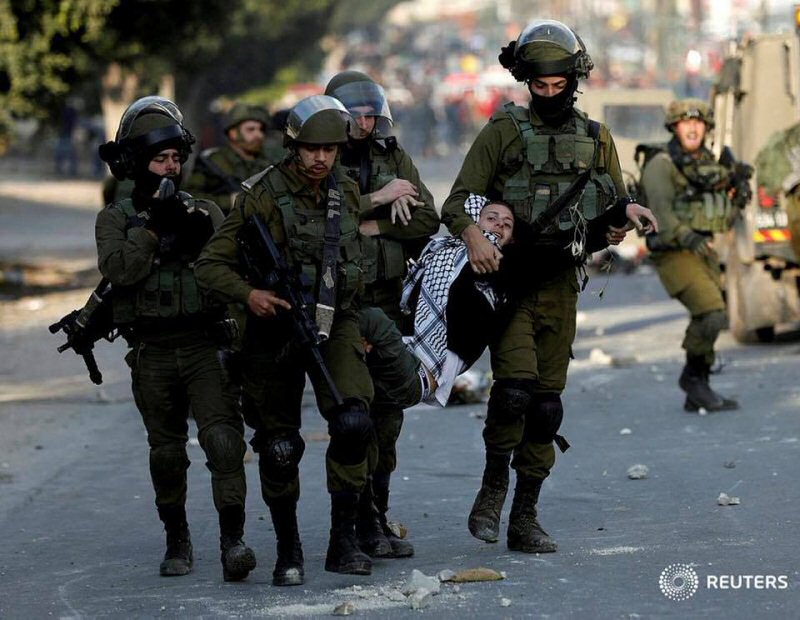 A new Israeli report has demolished claims made, by Israeli authorities, that significant ‘reforms’ have been made to system of military detention and prosecution of Palestinian children.

The report, issued by the Israeli human rights NGO B’Tselem, titled as ‘Minors in Jeopardy: Violation of the Rights of Palestinian Minors by Israel’s Military Courts,’ is expected to deal a blow to Israel’s reputation even amongst its Western allies, for whom the issue of Palestinian children in the military court system is one of repeated concern.

According to B’Tselem, “over the past decade, the state has made several changes to the military orders that deal with the arrest and detention of minors and their treatment in the military courts”, changes that, “on the face of it…were meant to improve the protections afforded to minors.”

However, the NGO concludes, “the changes Israel made have had no more than a negligible impact on minors’ rights,” and seem to have had “far more to do with improved appearances than with what happens in actual practice”.

One specific ‘reform’ highlighted by the report is the military juvenile court, introduced in 2009. While Israeli authorities consider its establishment “a landmark achievement in the protection of minors’ rights in the military justice system,” in practice, “it has failed to improve the safeguarding of the rights of minors facing charges.”

This, B’tselem explains, is because remand hearings are held at the ordinary military court, and, because trial hearings are “very rare” since “the overwhelming majority of the cases are closed in a plea bargain between the defence and the prosecution”.

“The reason that so many defendants are prepared to enter into plea bargains is the military courts’ policy on detention which results in minors being kept in custody from the time they are arrested until after they serve their prison sentence,” B’Tselem added.

A further point made by the new report is that while the ‘reforms’ address “what goes on in the military courts proper,” the changes “do not deal with the crucial stages of the initial arrest and interrogation”, which is what “determines the case.”

“During these early phases, minors suffer much harm. They undergo the process in utter isolation, without their parents or a lawyer by their side, or any other adult who has their best interests at heart, to explain what is to come and inform them of their rights,” B’Tselem states.

“Instead, they are surrounded by adults who are representatives of the regime of occupation under which they live. Some do not even speak their language, and all are entirely focused on extracting a confession or information from the minors.”

Overall, B’Tselem accuses Israeli authorities of “tak[ing] pains to create a façade of legality in an attempt to hide the human rights abuses associated with enforcing the regime of occupation.”

Opinion/Analysis 03/15/18: Israeli Military Strangles Its Own Weapons Manufacturer to Privatize It