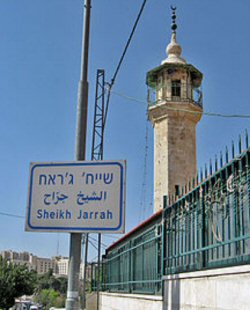 WAFA correspondence reported locals as saying that Israeli police withdrew from the area after being asked to present the court’s eviction order, which they failed to do.

Israeli settlement groups, with the support of the official institutions of the Israeli occupation, were able, through ‘crooked ways’ and improper papers, to take over more than one property in the area, which is considered closest to the Western side of occupied Jerusalem, and is still attempting to take over what’s left of homes in the area, claiming pre-1948 ownership of the land.