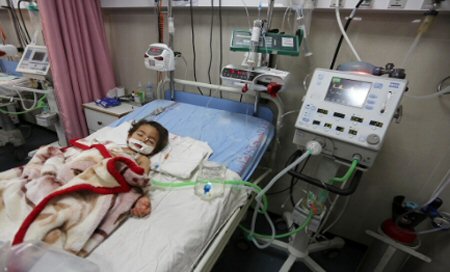 About 8515 cancer patients in the Gaza Strip are facing a fate worse than death, as they do not have adequate resources for medical treatment, Al Mezan Center for Human Rights reported, according to Al Ray.

On Monday, World Cancer Day, the center published a report about the conditions of cancer patients in Gaza Strip.

The report explained that 607 cases of cancer were recorded among children, which constitutes 7% of the total number.

While the number of female cancer patients reached 4705, constituting 55.3% of the total number.

The center warned of the psychological and physical suffering of patients in Gaza, as a result of the weakness of the possibilities and the permanent shortage of equipment and diagnostic equipment, drugs and the inputs of operating equipment and therapeutic devices.

The center stressed that the big challenge facing cancer patients is the severe shortage in basic medications.

The average rate of deficit in the drugs needed to treat cancer and blood diseases was 58%, during 2018.

Israeli siege on the Gaza Strip and the restriction of movement of patients constitute a violation that threatens the lives of patients since it deprives them of access to treatment.

38% of cancer patients in Gaza Strip could not leave Gaza to receive treatment abroad, while 5% of patients were detained.

PCHR documented the deaths of 45 cancer patients, between 2016 and 2018, due to Israeli restrictions, especially at Beit Hanoun (Erez) crossing, in the northern Gaza Strip.