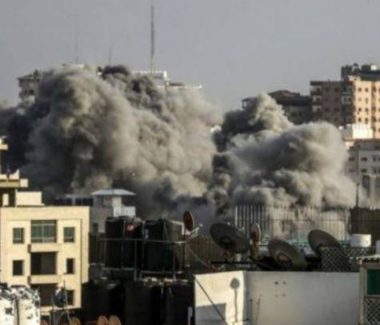 The Gaza Strip and the sounding Israeli started witnessing a cautious calm after Egyptian managed to mediate a ceasefire agreement between the armed resistance factions in Gaza, and Israel.

The ceasefire deal went into effect at 4:30 am Monday, and by then all firing of missiles and shells has ceased amidst a state of a fragile, cautious calm.

Wisam Zaghbar, the head of the media office of the Democratic Front for the Liberation of Palestine (DFLP) has reported that all Palestinian resistance factions are committed to the terms of the ceasefire deal.

He added that this commitment will continue as long as Israel abides by the terms, and resume the implementation of previous agreements, especially to start easing the siege on the impoverished Gaza Strip.

Abu Mujahid, the spokesperson of the Popular Resistance Committees, also said the ceasefire deal started at 4:30 at dawn, and added that this deal is based on full the commitment of all parties.

He added that Israel, through the Egyptian mediators, tried to place a precondition of stopping the Great Return March processions, but the Palestinian factions rejected this demand.

Meanwhile, Israeli sources said that, although Israeli leaders have not officially announced the ceasefire agreement, the army has started lifting restrictions and security measures in Israeli colonies and areas across the perimeter fence, and added that all schools and public transportation would return to its regular schedule, and the fishing zone in Gaza waters was re-instated at 12 nautical miles.