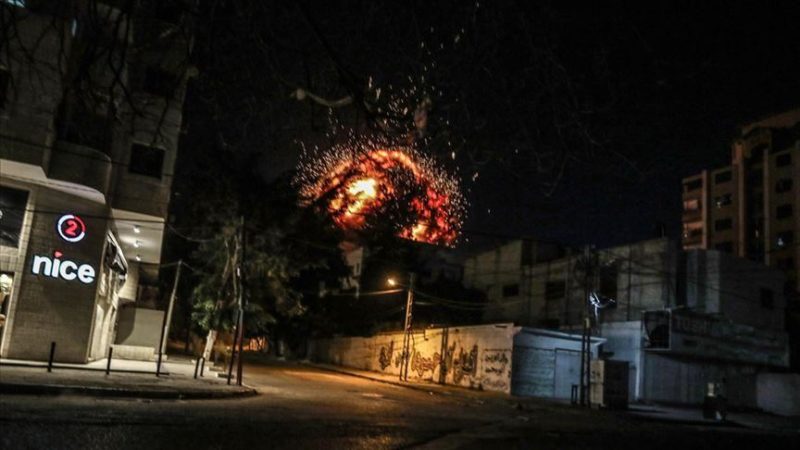 A growing list of news agencies, advocacy groups and leaders condemned an Israeli attack on Anadolu Agency office, in the Gaza Strip, on Saturday.

No injuries or death were reported.

“The targeting of the Anadolu Agency office is the attempt to remove witnesses and prepare for the massacres of Israel against Gaza,” Ibrahim Melhem, spokesman for the Palestinian government told Anadolu Agency.

The Association of the Balkan News Agencies- Southeast Europe (ABNA-SE) and Athens News Agency has also condemned the attack.

“We condemn the attack against Anadolu Agency office in the West Bank,” Secretary General of ABNA-SE and President of Athens News Agency, Michalis Psilos said, in a statement.

“I would like to express my support to Anadolu Agency’s Director General Senol Kazanci vis a vis this attack,” he added.

The Media Review Network, a Johannesburg based advocacy group, also denounced the attack.

“We at MRN are deeply concerned that notwithstanding previous targeted attacks on media platforms by the Netanyahu regime, global outrage has been largely muted,” Jassat said.

He added that the current onslaught on the besieged population of occupied Gaza, has taken a huge toll on the lives of the enclosed territory.

“Targeting media outlets such as Anadolu Agency, is not only cowardly but a downright attempt to snuff out news reporters, journalists and commentators.

“We call on media freedom activists and NGOs to ensure that the campaigns in defense of free press and the integrity of journalists continue unabated,” Jassat said.

The Israeli bombing of the Anadolu Agency’s office in Gaza is an attack on free speech, a prominent Nigerian Muslim leader has said.

Disu Kamor, head of the influential Muslim Public Affairs Center (MPAC), said the Israeli attack followed a similar pattern of the country’s disrespect for civilian lives and should be condemned.

“To violently damage any building is abhorrent. More so a media house that is well marked and well known,” Kamor told Anadolu Agency.

“This attack must be seen and condemned for what it is an attack on free speech with total disregard for human lives. It is well known that Israel is so unscrupulous about civilian life and anyone who considers free speech not to be a political right but a human right must condemn this violent attack on free press wholeheartedly,” Kamor added.

According to eyewitnesses, Israeli warplanes also targeted two positions of Palestinian resistance factions in the northern part of the enclave, a naval police building in the Gaza seaport and a civilian house in Khan Yunis city.

The raids completely destroyed the targeted house and severely damaged a number of houses surrounding the other targeted sites.

The strikes occurred following reports that two Israeli soldiers had been injured by gunfire near the Gaza-Israel buffer zone on Friday.

*Erdogan Cagatay Zontur from Ankara, Hassan Isilow from Johannesburg, and Rafiu Ajakaya from Lagos contributed to this story.