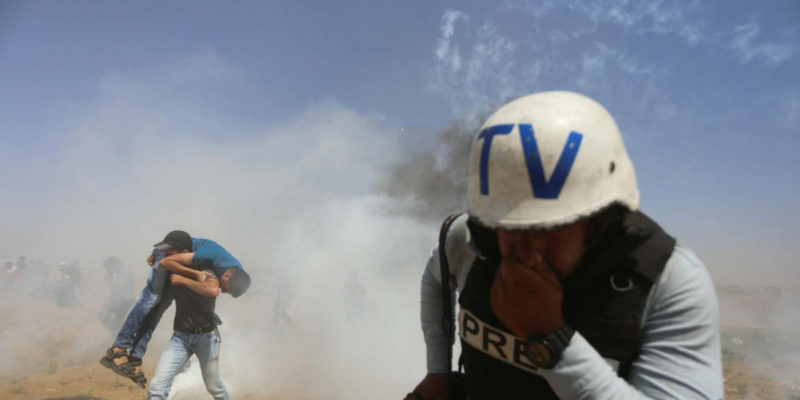 Photo: Mohammed Asad
May 3, 2019/Palestinian Campaign for the Academic and Cultural Boycott of Israel (PACBI) / Germany

The Palestinian Campaign for the Academic and Cultural Boycott of Israel (PACBI), a member of the Palestinian Boycott, Divestment and Sanctions National Committee, the largest coalition in Palestinian civil society, urges you not to host the May 16 event featuring Arye Sharuz Shalicar and to deny him a platform at your newspaper where he is a frequent contributor.

Shalicar is Head of Foreign Relations for the Israeli Ministry of Intelligence. The notorious Shin Bet, Israel’s domestic intelligence agency, has been condemned by the UN Committee Against Torture over its use of violent interrogation tactics on Palestinians. Shin Bet has been the object of hundreds of complaints of torture. Not a single one has resulted in prosecution.

Shalicar worked for years as a spokesperson for the Israeli military, specializing as a propagandist for Israeli war crimes. Shalicar’s job was to spin and justify repeated Israeli war crimes perpetrated by the Israeli occupation forces against Palestinians in the besieged Gaza strip, killing thousands of men, women and children.

Between March and December 2018, Israeli snipers killed two journalists and wounded 39 others with live ammunition as they covered demonstrations in Gaza. An independent United Nations commission of inquiry found that there were “reasonable grounds to believe that Israeli snipers shot journalists intentionally, despite seeing that they were clearly marked as such.”

We ask you to try to imagine working as a journalist under these conditions. And yet Palestinian journalists do. Every day. It’s part of how Palestinians resist Israel’s oppressive regime.

We are shocked that a media outlet would give a platform to an Israeli official whose job is to deliberately misrepresent the facts, allowing Israel’s brutal regime to continue killing Palestinians and violating our human rights.

We urge you to take a stand for universal human rights by refusing to host the May 16 event with Shalicar and not allowing his twisted version of reality to appear on your newspaper. This has nothing to do with “freedom of expression,” as incitement to and justification of racial hatred and war crimes are never entitled to such protection or platforms.