Checkpoints for Humiliation: A Journal Piece 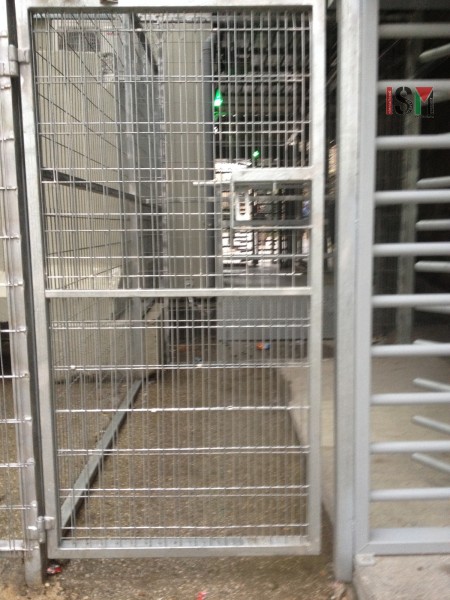 Earlier this month, an international woman was ordered to ‘take off her clothes’ after setting off the alarm, whilst passing the metal detector at Shuhada checkpoint, occupied al-Khalil (Hebron). This is a personal journal of the events.

Humiliation, harassment, intimidation – a daily occurrence for anyone required by the Israeli occupying forces to pass through Shuhada checkpoint to reach their home. This is how the Israeli occupation makes its presence felt and enforces its inhumanity, and it rarely comes as a surprise anymore. Still, when the metal detector alarm sounds and the soldier nonchalantly tells a woman to ‘take off her clothes’,  she’s is taken aback: Who gave them the right to even ask something like that? Do they not have the tiniest bit of decency? Do they think that their automatic weapons – ready to shoot at any time – give them the right to make such a request?

Inside the checkpoint – in a room closed to outside observation – heavily armed, stern-faced young soldiers ask a woman to undress. It is painfully apparent that this is not simply a bad joke. The small room begins to feel as though it’s getting smaller and smaller as  more soldiers begin to enter from outside and gather behind the bullet-proof glass. With all their buddies present for this show of power and superiority, one of them claims that it’s just for “security” – to ask a person to remove their clothing in plain view of heavily-armed soldiers. It’s “just about security” when they tell you that, if you’re not willing to take off your clothes, you’re hiding a gun – all the while firmly gripping theirs.

How dare a woman have the audacity not to immediately follow an occupying soldiers’ orders? To even dare to call out their lack of decency? But, occupation has never heard of human dignity. To the eyes of the occupation, having a number male soldiers and surveillance cameras watch at arms length whilst a female soldier commands a woman to get undressed in a checkpoint is just another part of the routine treatment of the occupied population. Just another case of a heavily-armed Israeli soldier ordering someone to do as he wishes as a show of power: a power bestowed upon him by a machine-gun and the knowledge of the unfaltering support and impunity – both social and military – behind his actions.

Photo: Shuhada checkpoint gate. To the left, the closed-off room through which one must deal with Israeli forces behind a bullet-proof screen before being allowed – or denied – passage.