Child Suffers A Fracture After Israeli Soldiers Assaulted Him In Hebron 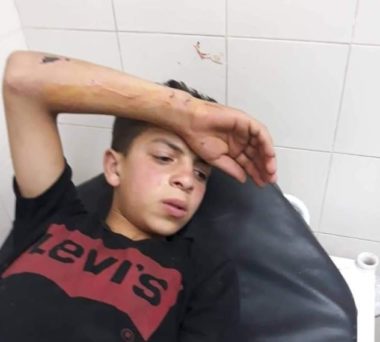 A Palestinian child suffered, late on Wednesday at night, a fracture in one of his arms, after Israeli soldiers invaded his home in Hebron city, in the southern part of the occupied West Bank.

Medical sources in Hebron said the soldiers invaded and ransacked many homes in Jabal Johar area, south of Hebron city, and constantly assaulted a child, causing fractures in one of his arms, in addition to several bruises.

They added that the child, identified as Khaldoun Emad Da’na, 13, was rushed to Hebron Governmental Hospital, and received the needed treatment.

In related news, the soldiers invaded Yatta town, south of Hebron, searched homes and summoned Mohammad Tayeh Shehada for interrogation in Etzion military base and security center, north of Hebron.