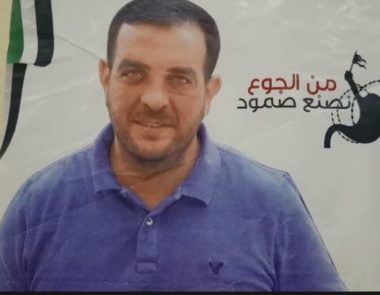 The Palestinians Detainees’ Committee has reported, Wednesday, that a detainee, who started a hunger strike 50 days ago, has suspended his strike after reaching an agreement with the Israeli Prison Authority.

The Committee stated that the detainee Odah al-Hroub, 32, from Doura city, southwest of Hebron, is currently held in solitary confinement at the Ramla Prison.

It added that the agreement struck between the prison authority and al-Hroub state that he will be released on August 29th, and his current arbitrary Administrative Detention without charges or trial, will not be renewed.

It is worth mentioning that al-Hroub, a married father of ten children, was abducted in December of 2018, and has been held under Administrative Detention orders.