Army Stops Construction Of A Palestinian Home Near Nablus 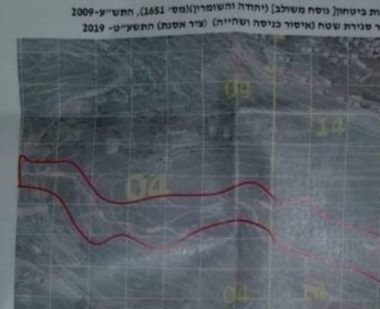 Israeli soldiers invaded, on Wednesday evening, north of Burin village, south of the northern West Bank city of Nablus, and handed a Palestinian an order halting the construction of his home, in addition to confiscating construction materials.

Ghassan Daghlas, a Palestinian Authority official who monitors Israel’s illegal colonialist activities in northern West Bank, said the soldiers handed the order to Abdul-Hakim Najjar, who was building his home on his own land.

Daghlas added that the army stopped the construction because the home, although on private land is “less than 150 meters away from a bypass road,” which Israel intends to pave on stolen Palestinian lands, for the benefit of the illegal colonialist settlers.

Israel prevents the Palestinians from building, and in many cases, even accessing their lands, due to their proximity to the illegal colonies, built on confiscated lands in direct violation of International Law and the Fourth Geneva Convention.