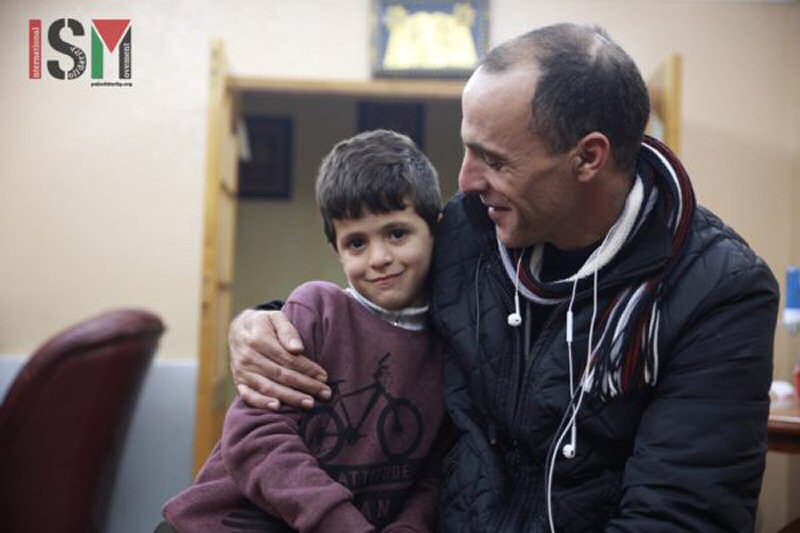 This Sunday, 6 Israeli military jeeps with soldiers entered the village of Hares, southwest of Nablus, in order to raid three schools filled with kids of all ages. Around 10 AM about 20 Israeli soldiers tried to enter the school yards of the two high schools. The pupils were in between classes and all out in the school yard. The teachers managed to lock the gate, so the soldiers stopped and interrogated all the cars and the people passing in the street outside.

Being unable to enter, they then moved on the elementary school. Many of the children were scared and tried to go home, but the stressed out teachers managed to collect them in the classrooms, locking the gate to keep the soldiers out. The new Shabak officer of the region was leading the incursion.

That night, Ibrahim, a six-year old boy from the school came to sleep in his father Issa’s bed for the first time. “He always sleeps in his own bed”, Issa says to the ISMers meeting them. “He asked me if he won’t be able to go to school again tomorrow and when I asked him why he would think not he said ‘Cause the soldiers might come again’.” Issa then tried to convince his son that the soldiers wouldn’t come “But he then asked me ‘Who can guarantee that?’ and all I could do was to persuade him to go to school. He does not seem relaxed and still sleeps in my bed.”

Issa also emphasizes how many kids in Hares and all around Palestine suffer from similar traumas. “For sure my son is not the only one reacting like this. There are many children having nightmares and wetting their beds every night as a reaction to the soldiers raiding their schools.”

A few years ago Israeli soldiers entered the schools daily. Around 1000 girls and boys met the soldiers every day, but after the village managed to bring up a case towards the Israeli military, the raids stopped. Now many villagers fear the children will once again get more traumatized.