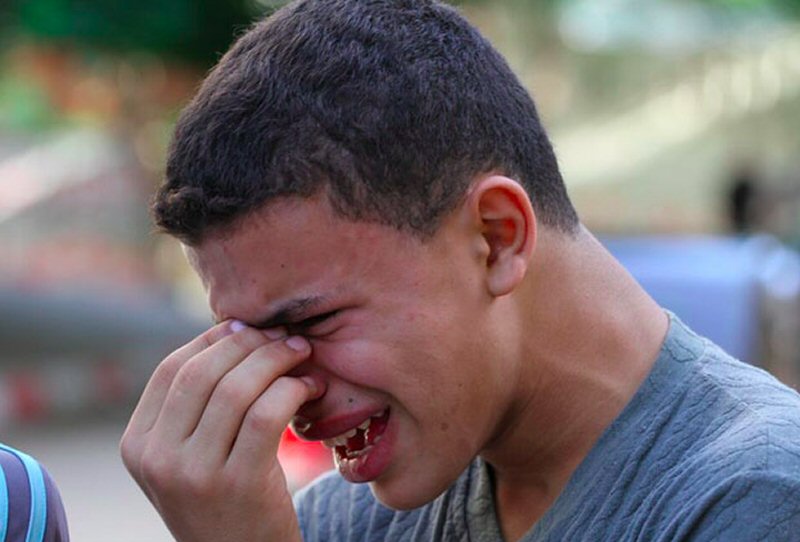 At the beginning, he said he was not informed of his right to silence or his right to consult with a lawyer prior to interrogation.

“I was up late studying when I heard a commotion outside the house. It was around 2:30am. Then, I heard loud banging at the front door. My father answered and four Israeli soldiers entered our home while dozens more surrounded the house. The soldiers were accompanied by my uncle who showed them the way.

“A soldier asked for my father’s identity card and looked at the annex where his children are listed. When they read my name, the commander told my father they wanted to take me for 15 minutes to ask me some questions and would then bring me back. The commander did not say what he wanted to question me about and did not give my parents any documents.

“I put some clothes on and said goodbye to my parents and the soldiers took me outside where they handcuffed me to the front with metal handcuffs. The handcuffs were not painful.

“I was then led for about 50 meters to a waiting jeep where I was blindfolded. At first, I was made to sit on a seat but then I was told to sit on the metal floor. Once inside the jeep a soldier slapped me on the face but not too hard. The jeep took me to the nearby military base.

“When we arrived at the base I was taken to a room where I sat on a chair until around 8:00 a.m. I was not able to sleep. At around 8:00am. I was taken to the police station in Etzion settlement for interrogation.”

“As soon as I arrived at the police station a soldier introduced himself and told me he was the Area Commander. He named someone and said that this person had confessed against me saying that we had thrown stones together on four occasions. I denied the accusation and I was then taken to an interrogation room. The Area Commander did not tell me I had any rights.

“The interrogator wore a police uniform and had a camera and a tape recorder in the room. He removed the blindfold and the handcuffs and asked me whether I needed anything. He asked me whether I threw stones at soldiers and I told him I did not. He kept repeating the questions again and again and I continued to deny the accusation.

“The police interrogator questioned me for about three hours. After a while I got fed up and wanted to get over with it so I confessed to throwing a stone from a distance of 500 meters. I was very tired and felt he was not going to let me go until I confessed.”

“After I confessed the interrogator printed out a document in Hebrew and asked me to sign it. I refused to sign and asked him to provide me with a translation in Arabic which he did. I then signed the document. He asked me whether I had anything to add and I said no.

“The third interrogator did not inform me of my rights and wanted me to give him the names of the boys in the photos. I told him I did not know any of them. Then he wanted me to tell him who has weapons in the village.

“Then he showed me a satellite image of the village and pointed to houses on the map and wanted me to tell him who lived in those houses and who owned weapons. Then he claimed I had planned to stab a soldier and wanted to know what I was thinking at the time when I kept a knife with me. I told him I never kept a knife with me and I never intended to stab anyone. I told him this was my honest truthful answer.

“Then he showed me more photos and told me if I really wanted to help myself and go home I had to give him names. I told him I had no names to give. At this point he became angry and banged the table and put his hand on his pistol and told me the only choice left for him was to shoot me in the head. He slapped me on the face and swore at god. Then he called a soldier and told him to take me out.

“The three interrogations lasted for about six hours in total and I was without food or drink the whole time.”

“After the final interrogation I was strip searched and asked to crouch up and down while naked. I was then taken to a room where I stayed for about 30 minutes. During this time I asked for something to eat and they brought me some food. After about 30 minutes I was shackled and handcuffed and taken in a vehicle to Ofer prison.

“On arrival at Ofer prison I was searched with my clothes on and I was given a prison uniform. I was then taken to Section 13.

“Three days later I was taken to Ofer military court. My lawyer was there and the hearing was adjourned. On the second hearing my lawyer told me I was going to be released and that I had to pay a fine of 2,000 shekels. She told me if I did not pay the fine I would have to spend four months in prison. My parents paid the fine and I was released on 1 November 2017.

“My lawyer told me that the authorities would monitor my activities for six months and that they might come back and arrest me again. As I left prison a soldier swore at me and told me I was a “son of a whore” and that he did not want to see me ever again. He pushed and beat me on my chest, legs and back.

“It was a difficult experience and I still live in fear because the six-month probation period is still current. Whenever I hear sounds at night I worry that soldiers might be in the neighbourhood and will come and arrest me.”

Human Interest 01/30/18 As Long as Occupation Exists, Soldiers Will Continue to Speak Out