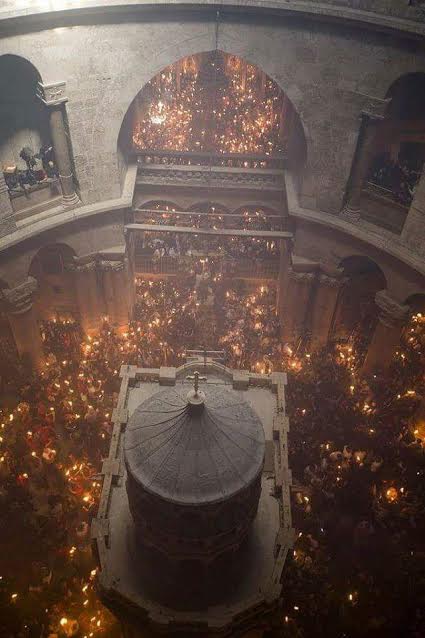 The Church of the Holy Sepulcher reopened its doors, as the Israeli Prime Minister, along with the Mayor of West Jerusalem Israeli municipality, Nir Barkat, said they will “formulate a solution, announcing a suspension of the collection actions it has taken in recent weeks.

In response, the leaders of the Roman Catholic, Greek Orthodox, and Armenian clergy reopened the church on Wednesday, according to the Associated Press.

Barkat had stated that Jerusalem’s churches owed more than $180 million in taxes on church-owned commercial properties, and the municipality had frozen church accounts.

Meanwhile, PNN further reports, legislation advancing in the Knesset had threatened to complicate the churches’ ability to sell their properties.

Now suspended, these actions were contrary to the historic agreement between churches and the various civil authorities which ruled Jerusalem, said Bishop Sani Azar.

The historic church closed its doors on Sunday,  when a ministerial panel was set to discuss a bill that would allow the state to expropriate land in Jerusalem that was sold by the Greek Orthodox and Roman Catholic churches since 2010.

In a statement, the heads of churches condemned the “discriminatory” bill, saying that this systematic offensive campaign has reached an unprecedented level where Israel aims to seize church assets, properties and Bank accounts, which breach existing agreements that guarantee the rights of churches.