Clashes in Rommana After Israeli Soldiers Invaded It 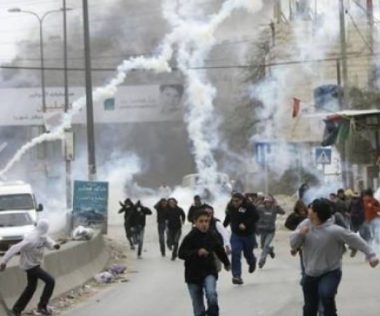 Dozens of Israeli soldiers invaded, on Friday evening, Rommana Palestinian village, west of the northern West Bank city of Jenin, and fired many concussion grenades near homes, and into olive orchards and caves, causing many olive trees to burn.

Media sources in Jenin said the soldiers broke into and searched many homes in the village, leading to clashes with many youngsters, who hurled stones at the invading soldiers.

The soldiers fired many concussion grenades at homes in the village, and into several caves, in addition to Palestinian olive orchards, causing many trees to burn.

The army withdrew from the village without conducting any arrests. Israeli military sources claimed that the invasion was carried out after local youths cut a section of a barbed-wire fence leading to a military base, built on the villagers’ lands.

The soldiers also installed a military roadblock on the road that links Rommana with nearby Taybeh village.