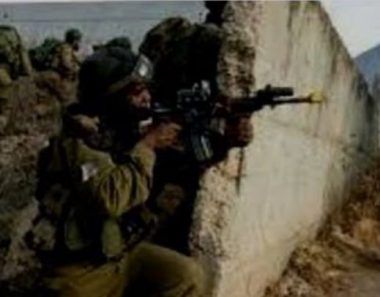 The Local Council in ‘Atouf said the soldiers installed a roadblock in front of the Council’s building, and occupied the rooftop of one home, after invading it.

It added that the soldiers then started training on invasions, searches, and surrounding buildings while simulating arrests; many Palestinians, especially the children, suffered anxiety attacks.

The army usually conducts live-fire training near the village, as well as many Palestinian villages and Bedouin communities, especially in the Jordan Valley of the occupied West Bank.

15 Families to be Homeless in Lieu of Israeli Military Drill