Clashes In Sa’ir After Israeli Soldiers Invade It 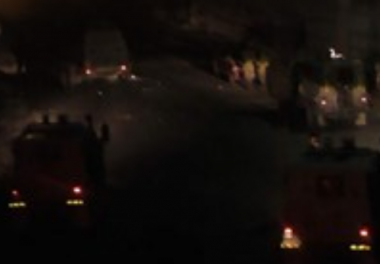 Several Israeli army jeeps invaded, on Monday at night, the town of Sa’ir, north of the southern West Bank city of Hebron, and clashed with many local youngsters, who hurled stones and empty bottles at the military vehicles.

There have been no reports of injuries, abductions or home invasions, and the military withdrew from the town later.

|VIDEO: Major Clashes in Hebron as Thousands Take to the Streets|

On Monday evening, the soldiers shot and seriously injured a young Palestinian man, 26 years of age, with a live round to the head, during clashes that took place after the army invaded Hizma town, northeast of occupied East Jerusalem.

In addition, the soldiers abducted Mohammad Nidal Mansour, 21, from al-Far’a refugee camp, south of Tubas, in the northeastern West Bank, after stopping him at a sudden military roadblock, near al-Bathan Valley, northeast of Nablus, in northern West Bank.