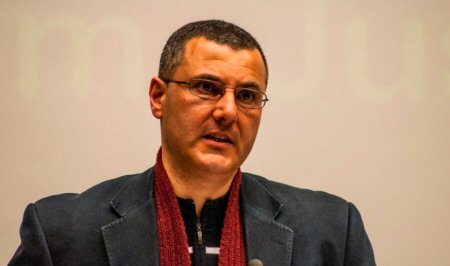 On April 10, Omar Barghouti, a Palestinian human rights defender and a co-founder of the Boycott, Divestment and Sanctions (BDS) Movement for Palestinian rights, was denied entry into the United States at Ben Gurion Airport despite having valid travel documents. He was scheduled to travel to the U.S. on a speaking tour that included public events at NYU in Washington, D.C., NYU in New York City, and Harvard University; and meetings with leading policy makers, thought-leaders and journalists. After his speaking tour, Omar Barghouti was planning to attend his daughter’s upcoming wedding.

Below are both Omar Barghouti’s comment on the U.S. denial of his entry, and a related press release by the Arab American Institute (AAI), one of the U.S. organizations that planned to host him.

Omar Barghouti, Palestinian human rights defender, and a co-founder of the Boycott, Divestment and Sanctions Movement for Palestinian rights, said:

This U.S. entry ban against me, which is ideologically and politically motivated, is part of Israel’s escalating repression against Palestinian, Israeli and international human rights defenders in the BDS movement for freedom, justice and equality. Israel is not merely continuing its decades-old system of military occupation, apartheid and ethnic cleansing; it is increasingly outsourcing its outrageous, McCarthyite repression to the U.S. and to xenophobic, far-right cohorts across the world.

Supporters of Israeli apartheid in the U.S. are desperately trying to deny U.S. lawmakers, media, diverse audiences at New York University, Harvard, Uncle Bobbie’s bookstore in Philadelphia and the Tzedek Chicago synagogue their right to listen, first-hand, to a Palestinian human rights advocate calling for ending U.S. complicity in Israel’s crimes against our people. But my discussion with Peter Beinart went ahead today at NYU’s Washington, DC campus, and all my other events will go on as planned, just with audiences seeing me on a screen, not in person.

One thing that this ban deprives me of and that I cannot compensate is the right to be at my U.S.-based daughter’s wedding. I am hurt, but I am not deterred.

With the evolving intersectional links connecting BDS for Palestinian rights with the struggles of communities of color, indigenous Americans, women activists, Jewish millennials, trade unionists, academics, artists, students, LGBTQI groups, anti-war movements and others, we shall prevail. We shall intensify our common fight against fascism and racism in all its forms through our morally-consistent struggle for justice, for dignity and for a life that is worth living, as our late poet Mahmoud Darwish once said.

WASHINGTON, D.C. (April 11, 2019) – On April 10, Omar Barghouti, a prominent Palestinian human rights activist, was denied entry into the United States at Ben Gurion Airport despite having valid travel documents. The Arab American Institute invited him to Washington to participate in a number of speaking engagements and educational programs.

Barghouti, who is the co-founder of the Palestinian civil society led boycott, divestment and sanctions movement (BDS), was scheduled to travel to the U.S. on a speaking tour that included public events at NYU in Washington, D.C., NYU in New York City, and Harvard University; and meetings with leading policy makers, thought-leaders and journalists. After his speaking tour, Barghouti was planning to attend his daughter’s upcoming wedding.

Barghouti’s difficulties traveling in the past were due to the Israeli government restricting his ability to exit and enter Israel by not renewing his travel document. To that end, Amnesty International issued a call on February 7, 2019 demanding Israel “end the arbitrary travel ban on human rights defender Omar Barghouti.” Subsequently, he was issued an Israeli travel document. As he already possessed a U.S. visa valid through January 2021, plans for his speaking tour were confirmed. Nonetheless, on April 10, Barghouti was informed at Ben Gurion Airport by airline staff that the U.S. Consulate in Tel Aviv was directed by U.S. Citizenship and Immigration Services (USCIS) to deny him from traveling to the United States. Barghouti was not provided an explanation for his denial of entry beyond an “immigration matter.”

Omar Barghouti is a leading Palestinian voice on human rights. Omar’s denial of entry into the U.S. is the latest example of the Trump Administration’s disregard for those rights. Having spent considerable time here as a student and while on speaking tours, Omar visiting America was never an issue before. It is clear this arbitrary political decision is motivated by this administration’s effort to silence Palestinian voices. At a time when some members of Congress are advocating for regressive anti-BDS bills and resolutions, when states have passed legislation targeting the non-violent boycott movement in violation of our protected First Amendment rights, it is disturbing that policy makers and the American people will not have the opportunity to hear from Omar directly about his views. The voices of advocates for Palestinian rights, whether through political targeting or regressive, discriminatory laws, are silenced when discussions or debates are denied.

The Palestinian BDS National Committee (BNC) is the largest coalition in Palestinian civil society. It leads and supports the global Boycott, Divestment and Sanctions movement for Palestinian rights