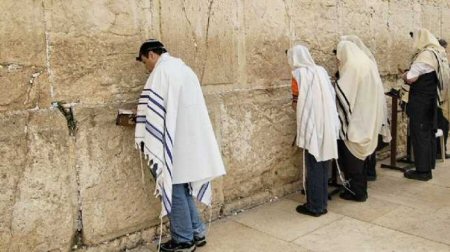 The Israeli government has begun construction of a new place for male and female Jews to pray at Al-Buraq Wall, adjacent to Al-Aqsa Mosque, Israeli media reported on Tuesday, according to Al Ray.

The Israeli move came after years of negotiations between Orthodox and non-Orthodox (Reform) movements that will be allowed to hold mixed prayer services for women and men at the Al-Buraq Wall, Haaretz reported.

The decision dates back to January 31, 2016, when the Israeli government, following deliberations of activism by the Women of the Wall feminist prayer group — approved the so-called “Western Wall compromise”.

The compromise came in 2012, as Israeli Prime Minister Benjamin Netanyahu, with Jewish Agency head Natan Sharansky and then cabinet secretary Avichai Mandelblit, negotiated a compromise between liberal Jewry, the Women of the Wall, and the Western Wall Heritage Foundation, headed by the rabbi of the Western Wall, Shmuel Rabinovitch.

The compromise soon faced criticism by ultra-Orthodox politicians, who threatened to pull their support from the Netanyahu government over its planned implementation.

The Israeli group “Women of the Wall” continued campaigning for the right to prayer at the Al-Buraq wall, which is run by Orthodox Jews for men only, until Netanyahu’s government approval by a vote of 15 in favor and five against on Sunday.

The women are kept separate from the men by a barrier and are not permitted to read the Torah aloud at the wall. The new facility will overcome this restriction.

12/27/17 “We Will Not Serve in Your Army!” Orthodox Jews in Jerusalem Beaten, Arrested for Refusing Draft