Corpse of Palestinian, Killed by the Army in September, Transferred to Family 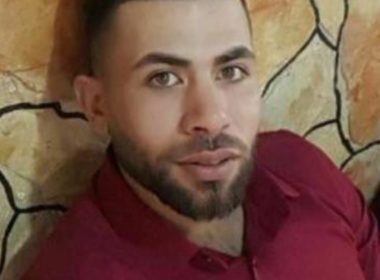 The Israeli army transferred, on Friday evening, the corpse of a young Palestinian man who was killed by the soldiers in September of this year, back to his family for burial.

Media sources in occupied Jerusalem said the corpse of Mohammad Oleyyan, 26, was finally handed to his family, after Israel held it for 53 days since his death.

The Palestinians received the corpse near the gate of Ofer Israeli military base, west of the central West Bank city of Ramallah.

It is worth mentioning that the soldiers killed Oleyyan in the al-Misrara area, near Damascus Gate, in occupied East Jerusalem, after he reportedly to stab soldiers.

The Palestinian was from Qalandia refugee camp, north of Jerusalem.