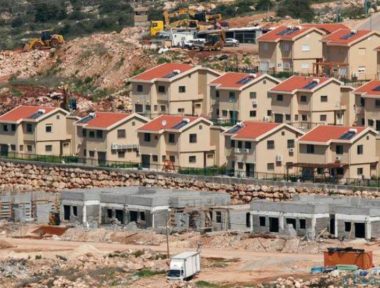 France has denounced an Israeli decision to building 792 new units in the illegal Ramat Shlomo and Ramot colonies, in occupied Jerusalem.

The statement came after the so-called “Planning and Construction Committee” approved the plans, in the two colonies, located north of occupied East Jerusalem.

France said it condemns the approval, and called on Israel to reconsider its policies, especially its colonialist activities, due to the threat they pose to the two-state solution.

It also stated that the Israeli policies of home demolitions affecting the Palestinians in “Area C” of the occupied West Bank, especially the “E1” colonialist projects which threaten the viability, and continuity of the future Palestinian State.

On November 7, the Jerusalem District Planning and Construction Committee approved plans to build 792 housing units in the settlements of Ramat Shlomo and Ramot in northern Jerusalem.

France condemns this latest decision aimed at allowing the construction of hundreds of new homes in the settlements of East Jerusalem.

These decisions, as well as the demolition and evacuations affecting the Palestinian populations in Area C, and in particular the E1 area, are part of the same strategy that directly threatens the viability of a future Palestinian state.

We therefore call on the Israeli authorities to reconsider these decisions and to abandon this settlement strategy in order to preserve the two-state solution, with Jerusalem as the capital, to which France reaffirms its attachment.