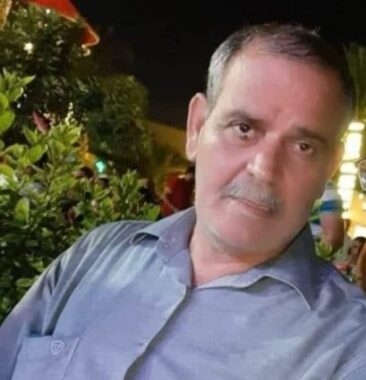 Palestinian medical sources have reported that the rescue teams located on Thursday at dawn, the corpses of a man and his wife were found under the rubble of a home that was targeted by Israeli missiles in Beit Lahia, in northern Gaza.

The sources added that the slain Palestinians have been identified as Abdul-Rahim Mohammad al-Madhoun, 68, and his wife Hajar Ali al-Madhoun, 67. Their son, Taher, was moderately injured.

The home was among many that have been bombarded by the Israeli army on Wednesday at night, in Sheikh Zayed City, in Beit Lahia.

The army carried out more than fifty strikes overnight, hitting many homes and structures, and injuring at least 25 Palestinians, mostly women, and children, in Sheikh Zayed.

Their deaths bring the number of Palestinians killed by Israeli army missiles and shells to sixty-nine, including seventeen children and seven women, on the fourth day of Israel’s offensive.

More than 400 Palestinians, including 115 children and fifty women, have been injured. in addition to more than 388 who were injured, including many in critical conditions.

On Thursday morning, the Israeli Airforce fired two missiles at a six-story apartment building in the Remal neighborhood, west of Gaza city, turning it into rubble and causing serious damage to surrounding homes.