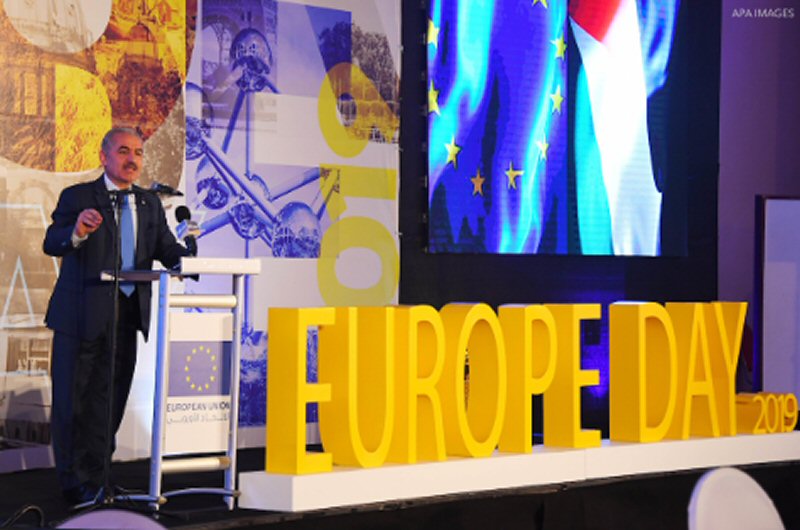 What motivated the change, what effects will it have on Palestinian civil society, and what can Palestinians do about it? Al-Shabaka spoke with policy analyst Tariq Dana, an assistant professor at the Center for Conflict and Humanitarian Studies at the Doha Institute of Graduate Studies, about these questions as well as issues of international aid to Palestine more broadly.

The EU claimed that the new clause isn’t new, as it is consistent with EU policy since 2001 to avoid financing groups classified as “terrorist organizations.” Is this the case?

It is important to distinguish between EU policy and the policies of different member states that don’t necessarily reflect EU consensus toward a particular issue.  In the early 2000s, when USAID started to impose the “anti-terrorism” clause vis-à-vis Palestinian NGOs, a few European states followed the American path and enforced tougher requirements on Palestinian civil society organizations. However, the EU was not directly involved in this controversy at the time, and preferred to emphasize professionalism, transparency, and effectiveness of the NGOs’ applications as the main criteria to receive funds and implement projects, rather than focusing on the political identity of the organizations and their staff. The timing of the recent EU move of financial conditionality and the political attack on Palestinian civil society is largely suspicious because it comes at a very difficult time for the Palestinians.

What has brought about this change, then?

The change must be situated in the context of ongoing Israeli colonization and the ability of its colonial enterprise to invent new mechanisms of control. The latest EU move has been a result of constant Israeli pressure on the EU to refrain from funding many Palestinian organizations, especially those engaged in revealing and reporting on Israeli colonial practices, human rights violations, and crimes.

Israel has in fact adopted a wide range of aggressive measures to restrict civil society space in the Occupied Palestinian Territory, including arbitrary detentions and arrests of civil society activists, “security” justifications to hinder the work of local organizations, waging smear campaigns to delegitimize these organizations’ work, and pressuring international organizations and donors to defund Palestinian NGOs. This is particularly evident with regard to legal organizations that use international law to report human rights violations such as Al-Haq and Addameer, and development organizations that implement projects in Area C to support the steadfastness of local communities suffering from the Israeli military and settlers such as the Bisan Center for Research and Development, whose director, Ubai Aboudi, was recently arrested by Israel and is being held without charge in administrative detention.

Some influential right-wing organizations in Israel, such as NGO Monitor, which attacks Palestinian nonprofits and their international partners with false claims of, for instance, “terrorism” and “anti-Semitism” and which has the support of the Israeli government, have also been lobbying and mobilizing against funding even the most moderate currents within Palestinian civil society. Problematically, the EU definition of “terrorism” echoes the Israeli perspective and therefore largely serves these interests to suppress Palestinian critical voices.

Moreover, while the EU move reflects another victory for Israeli propaganda, it is also yet another PA loss in its never-ending rounds of defeat. The PA has for years excluded resistance and suppressed different forms of popular struggle while at the same time claiming to embrace “diplomatic struggle” to pressure Israel to abide with international law. What we have actually been witnessing is a shameful number of repeated defeats and unwillingness to pursue effective policy and diplomacy. Thus, there is no doubt that the EU policy change intensifying the constraints on funding Palestinian civil society has partly been a result of the PA’s meaningless politics.

How have the PA and Palestinian civil society responded to the EU move?

So far, Palestinian civil society has mobilized its constituents and networks to reject this move. The Palestinian National Campaign to Reject Conditional Funding issued a statement harshly criticizing the EU policy, asserting its outright rejection of politically conditional funding. The statement proclaims the organizations’ commitment to this position to the extent that they will remain steadfast even if it “leads to the collapse of our organizations and the inability to perform our vital work.” For its part, the PA has only verbally denounced the move and has not presented any plan to translate its position into a concrete step to stop the EU.

How will the EU policy affect Palestinians and Palestinian civil society?

The EU move comes at a very difficult time for the Palestinians: Israel is preparing to annex most of Area C and the Jordan Valley; the Palestinians are weak, fragmented, and divided; the PA has become a de facto enforcer of Israeli security; and the Palestinian cause has in recent years become marginalized and no longer a regional priority. The EU restrictions add to these factors by criminalizing many Palestinian organizations that embark on moderate forms of resistance through international law and advocacy and supporting the survival of communities. These restrictions will therefore not only contribute to further marginalization of the Palestinian cause but will also facilitate the institutionalization of Israeli colonial expansion because many organizations will not be able to sustain their operations in monitoring and reporting Israeli crimes if they fail to find alternatives to the EU funds.

More specifically, while the EU list of targets includes many Palestinian resistance movements, various individuals and families will be affected by the new policy change. For example, people who were arrested at some point in their past, including those held in internationally-denounced administrative detention and currently engaged in civil society activism, can be classified as “terrorists” and therefore disqualified from receiving funding. In addition, organizations and groups that support the BDS movement and its activities are typically seen as a threat to Israeli interests and campaigns to delegitimize their activism, not only in Palestine but also in several EU states, will likely increase.

It is also important to note the contradiction between EU rhetoric and policies. For instance, the EU proclaims it will not recognize Israeli annexation of Area C or the Jordan Valley, but by cutting aid it hinders the work of Palestinian NGOs that support communities threatened by Israeli dispossession in these areas. In effect, the EU will be complicit in the dispossession process, even if it claims it doesn’t recognize any potential annexation.

What is the state of Palestinian civil society at this crucial moment?

Activists and scholars have repeatedly warned of continuing Palestinian NGOs’ dependency on Western conditional aid to fund local organizations and projects. While acknowledging efforts by grassroots initiatives to reorganize along local resources and voluntary action to initiate and sustain some vital projects, these initiatives have not developed into a collective and strategic trend. The largest and most influential segment of civil society continues to depend on international aid, which is largely politically and ideologically conditional and therefore imposes various limitations on the work of civil society actors.

The dominance of these NGOs has created a stagnant society, depoliticized social constituents, produced a new detached elite, and wasted millions in meaningless projects. For example, the role of civil society in the Fatah-Hamas divide was clearly absent, and the organizations failed to launch strategic initiatives to counter the effects of the divisions. The result is that Palestinian civil society is much more fragmented than a decade ago, whereby organizations active in the West Bank have different priorities and agendas than their counterparts in the Gaza Strip. Thus, although civil society should be an arena of resistance to and mobilization against fragmentation, it has become part of the fragmentation.

What should be done to strengthen Palestinian civil society and counter fragmentation?

The EU restrictions might be harmful to many local organizations, but this should be seen as an opportunity to collectively strategize beyond conventional Western official aid and its constraints. The pressure created by the systematic cuts to aid funds by international donors will likely and desirably push many organizations to search for alternative resources from within Palestinian society in Palestine and in the diaspora, and to partner with authentic civil society movements and solidarity groups worldwide that would offer international platforms for advocacy activism and possibly financial resources to help rebuild Palestinian civil society along new lines.

It is vital for civil society organizations to give primacy to the types of civil society action that emphasize people-centered, participatory, and democratic structures and grassroots social organization. There should be organized efforts for internal dialogue centered on an understanding of civil society that prioritizes the national liberation agenda, popular mobilization, engagement, resistance, and anti-colonial politics and knowledge. This must be accompanied by envisioning alternatives to the current aid system by re-inventing new solidarity-oriented sources to fund civil society activities. This could include self-finance schemes that would involve more Palestinians in the diaspora, international solidarity groups, and social justice movements that would help reduce reliance on conditional funding.

To read this piece in French, please click here. Al-Shabaka is grateful for the efforts by human rights advocates to translate its pieces, but is not responsible for any change in meaning.

Al-Shabaka Policy Advisor Tariq Dana is an assistant professor at the Center for Conflict and Humanitarian Studies at the Doha Institute of Graduate Studies. He served as the director of the Center for Development Studies at Birzeit University (2015-2017), and was a senior research fellow at Ibrahim Abu-Lughod Institute of International Studies. He earned his PhD at Sant’Anna School of Advanced Studies, Italy. Tariq’s research interests include political economy, civil society, social movements/ NGOs, state-building and state-society relations with a particular focus on Palestine and the broader Arab Middle East.