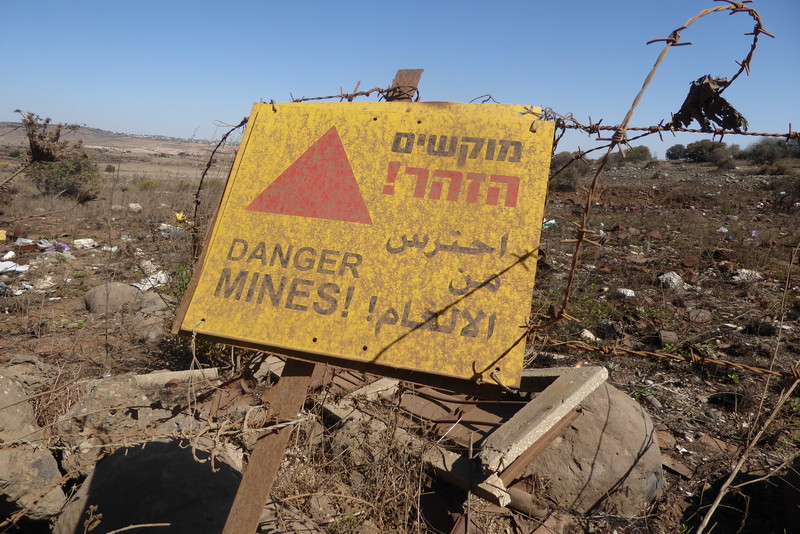 RAMALLAH, Wednesday, October 02, 2019 (WAFA) – The Palestinian Mine Action Center (PMAC) announced the completion of phase one of clearing the Baptismal site, known as al-Maghtas, on the West Bank side of the River Jordan of landmines.

It said in a statement that demining al-Maghtas was done in cooperation with the Higher Presidential Committee for Church Affairs and in partnership with the international HALO Trust, a British humanitarian landmine removal organization.

The first phase in demining al-Maghtas included the clearance from mines of 136 dunums of land adjacent to al-Maghtas, which is an important religious area for Christian communities in Palestine and the world, and which includes eight churches and attracts a large number of tourists from all over the world.

The demining operations in the area of al-Maghtas began seven months ago and faced many difficulties due to the refusal of the Israeli authorities to provide maps of the mines in that area.
The second phase will start in the coming period and will cover 500 dunums of land in the Jordan Valley and around al-Maghtas area, said PMAC.
Israel filled the border area between Jordan and the West Bank with thousands of landmines after its occupation of the West Bank in 1967.

It included eight Christian churches – Roman Catholic, Armenian, Coptic, Ethiopian, Greek, Romanian, Syrian and Russian – at the site of the Baptism of Christ, which for over five decades no worshippers or clergy could enter them.

In 2016, HALO secured the approval of the Israelis, Palestinians, and churches to clear landmines at the Baptismal site.